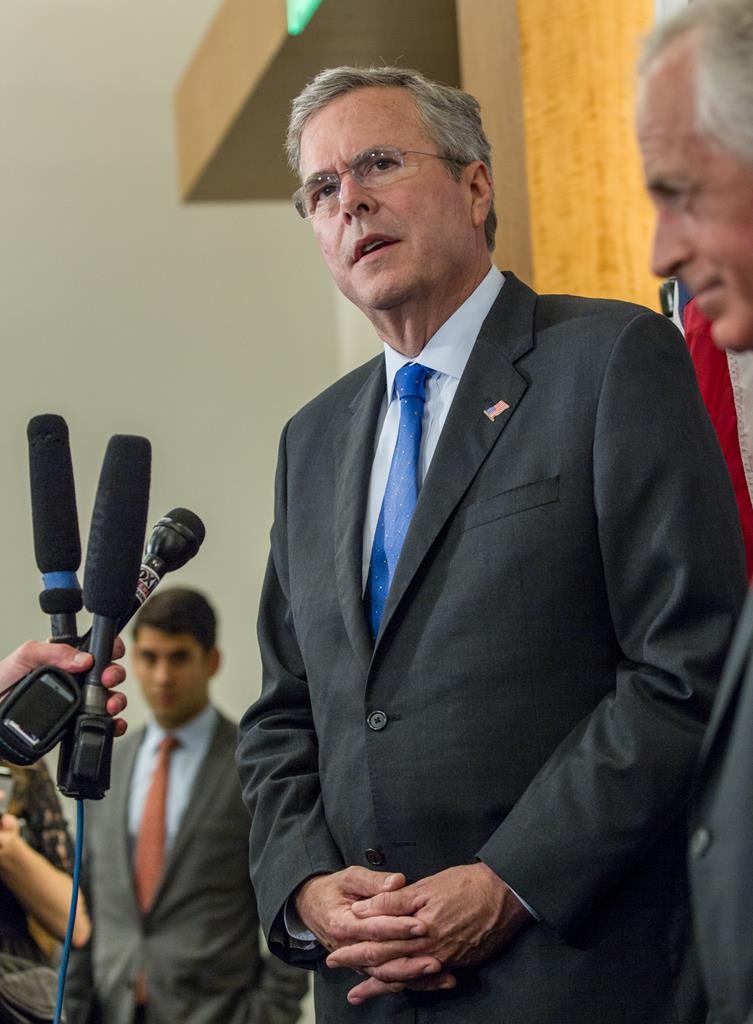 He studied in Mexico, majored in Latin American affairs in college and lived in Venezuela as a young businessman. He speaks fluent Spanish.

He had a front-row seat to the presidencies of his brother and his father during times of great overseas triumph and tribulation.

Bush, 62, spent the bulk of his adult life in south Florida, one of the most multicultural places in the nation. As governor of Florida, he led more than a dozen international missions, and he has visited 29 countries since then.

Yet Bush still feels compelled to embark on a modern-day rite-of-passage for presidential candidates — an overseas tour to showcase his statesmanship and burnish his foreign policy credentials. This week, he will take a whirlwind spin through the capitals of Germany, Poland and Estonia before officially kicking off his White House bid on June 15.

The trip is a nod to the dominant role foreign policy is expected to play in the 2016 presidential campaign — one of Democratic front-runner Hillary Rodham Clinton’s top credentials is her tenure as the nation’s top diplomat. Voters, increasingly alarmed by developments overseas such as Islamic State’s brutality and the threat of a nuclear-armed Iran, are expected to prioritize foreign policy experience as they select the next president.

A foreign trip offers candidates upsides: a chance to be seen as a strong, capable leader on the world stage addressing issues vital to the nation’s interests. But as some of Bush’s GOP rivals can attest, any error could be magnified.

Bush faces an additional, unique test — differentiating his views from the foreign policies of his father, President George H.W. Bush, and his brother, President George W. Bush. The former governor has yet to articulate an agenda, but he frequently seeks to distinguish himself from the two presidents on the stump.