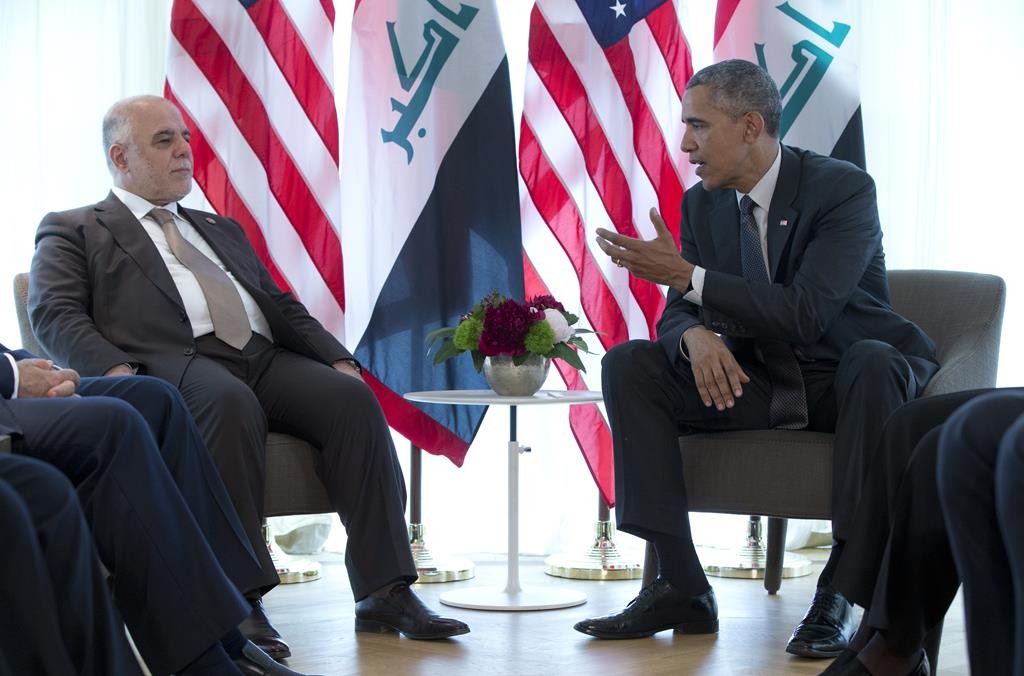 Nearly one year after American troops started returning to Iraq to assist local forces, Obama said the Islamic State remains “nimble, aggressive and opportunistic.” He touted “significant progress” in areas where the U.S. has trained Iraqis to fight but said forces without U.S. assistance are often ill-equipped and suffer from poor morale.

IS fighters captured the key Anbar provincial capital of Ramadi last month, prompting Defense Secretary Ash Carter to lament that Iraqi troops lacked “the will to fight.” That was a strikingly negative assessment of a military that has been the beneficiary of billions in U.S. assistance dating back to the war started during the administration of U.S. President George. W. Bush in 2003.

Still, Obama indicated that simply increasing the number of Americans in Iraq would not resolve the country’s issues. The U.S. currently has about 3,000 troops there for train-and-assist missions.

“We’ve got more training capacity than we have recruits,” he said at the close of a two-day Group of Seven meeting at a luxury resort tucked in the Bavarian Alps.

G-7 leaders invited Iraqi Prime Minister Haider al-Abadi to join them Monday for talks on the security situation in the Middle East. Obama and Abadi also met one-on-one shortly before the president departed for Washington.

In both public and private, Obama urged Abadi and his Shiite-led government to allow more Sunnis to fight the Islamic State. The White House has long blamed Iraq’s sectarian divisions for stoking the kind of instability that allowed the terrorists to thrive.

Some Republicans in the U.S. say the Islamic State’s strength is a result of what they see as Obama’s muddled and ineffective strategy. The president was sharply criticized in August for saying the U.S. didn’t have an overall strategy for fighting the Islamic State, and his comments Monday about plans for training the Iraqis sounded similar.

“We aren’t winning the fight against ISIL because we don’t have a winning plan,” Rep. Kevin McCarthy (R-Calif.) said. “The president can’t delay anymore, especially as ISIL continues to make major gains.”