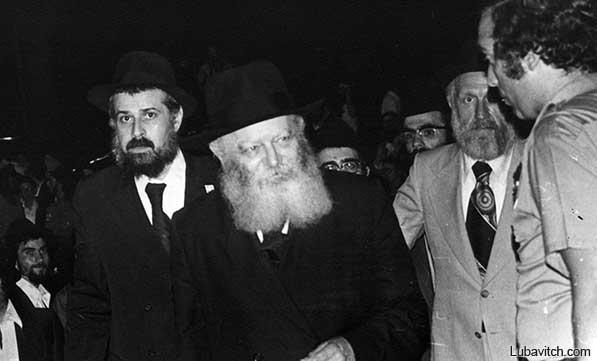 Rabbi Yerachmiel Binyomin Halevi Klein, a longtime personal aide to the Lubavitcher Rebbe, zt”l, and the Rebbe’s liaison to Israeli leaders, was niftar early Friday morning in New York. He was 79.

Born in Yerushalayim in 1935, Binyamin’s mother, Rachel, died shortly after giving birth — similar to Rachel, the wife of Yaakov Avinu. So the infant was named Yerachmiel after his mother and Binyomin, like Rachel’s son.

As a young man, he arrived in Crown Heights to study at the Central Chabad Yeshivah, and once there, developed what would become a lifelong bond with the Rebbe, Harav Menachem Mendel Schneerson, zt”l.

Rabbi Klein threw himself into organizing Chabad’s fledgling educational activities, including Mesibos Shabbos, which gathered young people together on Shabbos afternoons for inspiration and entertainment.

In 1961, he married Laya Schusterman and the young couple was dispatched to Melbourne, where they helped found the Yeshivah Gedolah of Australia and New Zealand.

Shortly afterwards, in 1963, he returned to New York and became an aide to Rabbi Chaim Mordechai Aizik Hodakov, z”l, the Rebbe’s chief of staff.Duties included ushering visitors into the Rebbe, reading petitions to the Rebbe and relaying the response.

The only native Hebrew speaker in the Rebbe’s inner circle, Rabbi Klein developed close connections with many of Israel’s leaders. Even decades later, he was famously tight-lipped about the Rebbe’s dealings with them.

The levayah took place on Friday afternoon at Shomrei Hadas in Boro Park, followed by another in Crown Heights. Kevurah was in the Old Montefiore cemetery in Queens.