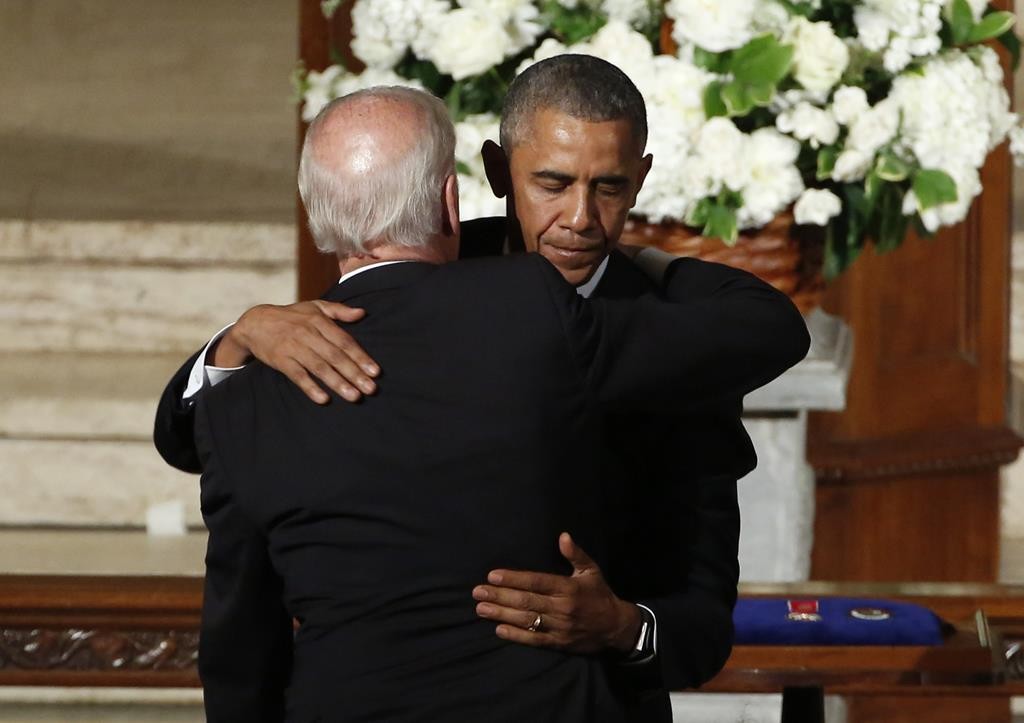 President Barack Obama and his family joined a host of U.S. political figures including Bill and Hillary Clinton on Saturday to mourn Vice President Joe Biden’s son, Beau, who died last week of brain cancer at the age of 46.

Obama, his voice breaking on occasion, delivered a moving funeral eulogy for the popular son and politician in his own right, who served as Delaware’s attorney general and completed a year-long term in Iraq as a member of the Delaware Army National Guard.

“Beau Biden was an original. He was a good man. A man of character. A man who loved deeply and was loved in return,” Obama said. “To know Joe and the rest of the Biden family is to understand why Beau lived the life he did.”

Beau Biden was diagnosed with brain cancer in August 2013 and underwent surgery, radiation and chemotherapy. It recurred in the spring of this year.

His death was another tragic chapter in the life of the vice president, who lost his first wife and his daughter in a car accident shortly after winning election to the U.S. Senate in 1972. Beau and his brother Hunter, who were 3 and 2 years old at the time, were injured in the crash but survived.

Hunter Biden said his first memory was being in the hospital after that accident, his brother holding his hand. “We were always under his wing,” he said.

The death of Beau Biden, who was married with two children, has drawn wide U.S. media coverage and an outpouring of sympathy for the vice president.

Like his father, Beau Biden was extraordinarily popular in Delaware, and his national profile was growing.

He turned down a chance to run for Joe Biden’s Senate seat after his father became vice president because he felt he had to finish his job as attorney general. Beau Biden had planned to run for governor in 2016.