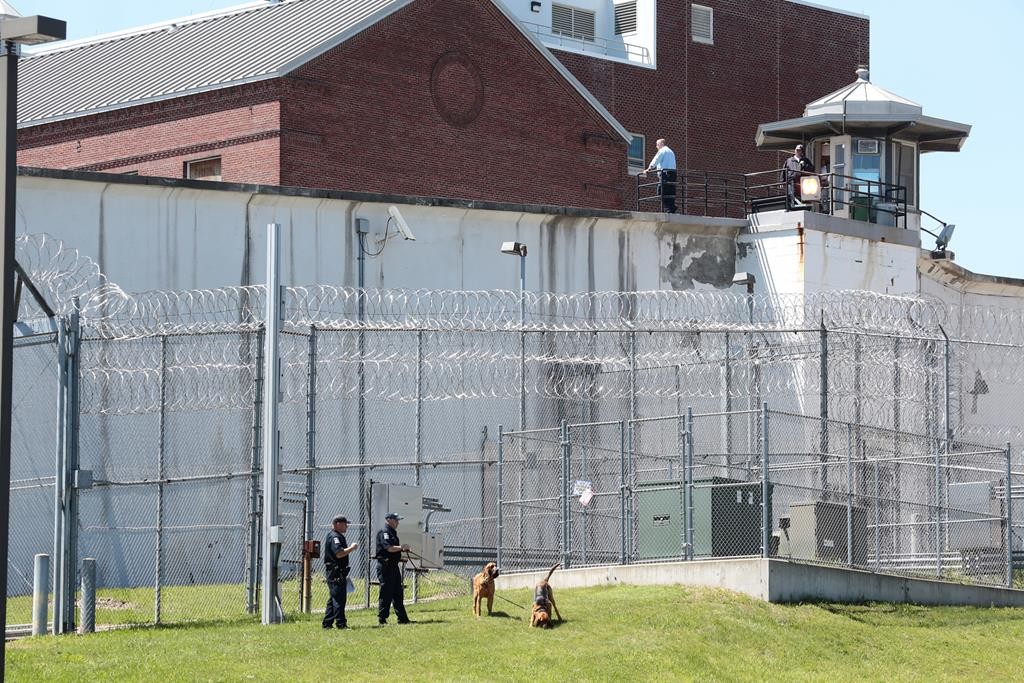 Two convicted murderers used power tools to cut through steel and shimmied through a steam pipe to escape from a maximum-security prison near the Canadian border, leaving behind a taunting note for police to “Have a nice day.”

The elaborate escape Saturday from an upstate New York prison had hundreds of local, state and federal law enforcement officers searching through the night for one man imprisoned for killing a sheriff’s deputy and another who murdered his boss.

Gov. Andrew Cuomo said Richard Matt and David Sweat staged “a really elaborate, sophisticated operation” that ended at a manhole cover blocks away from the prison — and must have been overheard by someone.

“They were heard, they had to be heard,” Cuomo told ABC on Sunday, a rare interview on national media that the governor has only done a handful of times.

The men had filled their beds inside the Clinton Correctional Facility with clothes to appear as though they were sleeping. On one pipe cut in the escape, investigators found a note with a crude Asian caricature along with the words, “Have a nice day.”

Steven Tarsia, brother of Deputy Kevin Tarsia, said finding out his brother’s killer had escaped “turns your world upside-down all over again.”

He said just the other day, he had been trying to remember the names of the men responsible for his brother’s death, and “I couldn’t remember their names.

“All of a sudden, I remember them again,” he said.

Roadblocks were set up in the area, which is about 20 miles from the Canadian border, and bloodhounds and helicopters were being used to track down the men, officials said.

Beth Nichols, who works across the street from the prison and a few hundred yards from the manhole where authorities said the men emerged, said the situation was “nerve-wracking.”

She said one employee had a panic attack Saturday after being told about the prisoner breakout. “She got really scared, and she cried,” Nichols said. The employee lives a walk away on the same road, but authorities would not immediately allow her to enter her home; her mother picked her up.

Dannemora occupies just over 1 square mile within the northern reaches of the Adirondack Forest Preserve and is surrounded by forest and farmland. The stark white perimeter wall of the prison, topped with guard towers, borders a main street in the village’s business district.

Cuomo on Saturday described the two men as extremely dangerous and announced a $100,000 award for information leading to their re-arrest.

“It’s very important that we locate these individuals,” he said. “They are dangerous and we want to make sure they don’t inflict any more pain and any more harm on New Yorkers.”

“A search revealed that there was a hole cut out of the back of the cell through which these inmates escaped,” Annucci said. “They went onto a catwalk which is about six stories high. We estimate they climbed down and had power tools and were able to get out to this facility through tunnels, cutting away at several spots.”

Investigators were probing how the men acquired the tools — and if any were missing from contractors at the prison.

Officials said it was the first escape from the maximum-security portion of the prison, which was built in 1865.

Canadian broadcaster CTV News reported that officials are concerned the men may attempt to enter Canada through Ontario or Quebec, and safety alerts have been broadcast to police officers in the Greater Toronto Area.