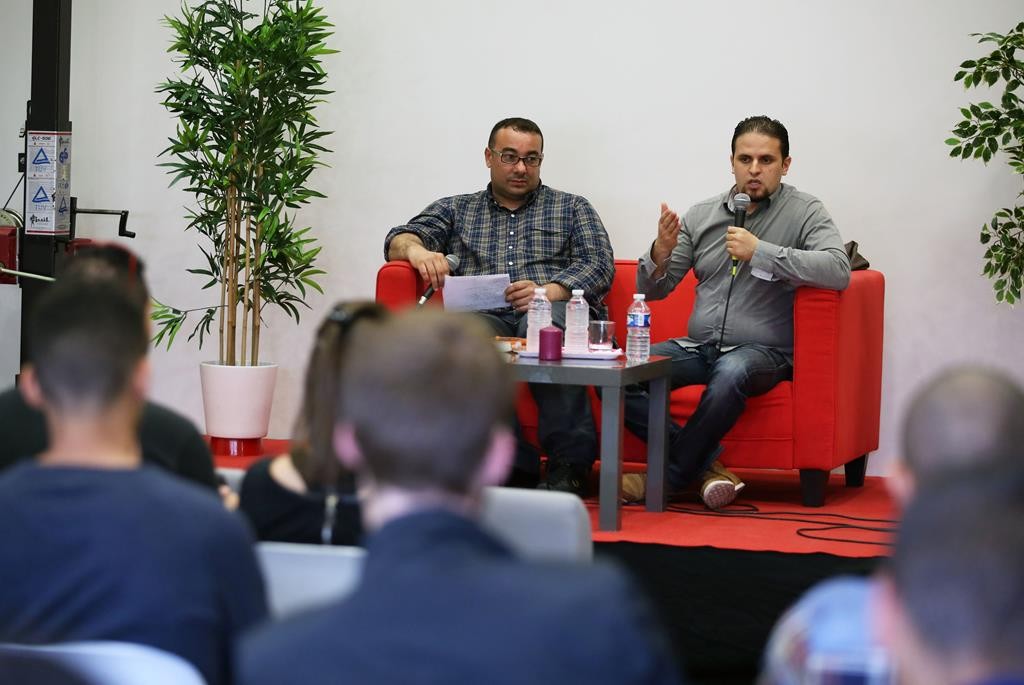 He learned warfare in an al-Qaida training camp, did time at Guantanamo and more time in a French prison. With such a resume, Mourad Benchellali may seem an unlikely youth counsellor — but he is telling his story to young Europeans, warning them against the lure of jihad.

The 33-year-old Frenchman is one of a small number of Europeans presenting their jihadi past as an example for others not to follow. Many see men like him as a powerful tool to deter youth from heading to Syria — while Western governments are wary of them.

Benchellali meets with young audiences at least once a week in France, Belgium and Switzerland to persuade them of the folly of flying off to join the Islamic State or other groups waging holy war in Syria and Iraq.

“There are kids who are tempted, who’ve been approached,” Benchellali told The Associated Press. “They come to listen, they are curious and the fact that I’m a former Guantanamo [prisoner], that speaks to them. … I give them tools to understand.”

A practicing Muslim, Benchellali above all strives to take the glamour out of jihad. As a 19-year-old, he viewed the voyage to al-Qaida’s training camp in Kandahar, Afghanistan, as an adventure. The reality, he tells youths, was a shock: grinding physical exercises in blazing heat, weapons training and propaganda videos in the evening, along with mind-numbing organization rigorously enforced — and a compulsory 60-day minimum stay.

Then came the Sept. 11 attacks, followed by U.S. bombings in Afghanistan and mass flight from Kandahar. He escaped through the mountains to Pakistan, only to be arrested and turned over to American forces — and sent to the U.S. Navy base at Guantanamo Bay, Cuba. There, he languished for 2 1/2 years in a small cage. He filed a lawsuit against the United States for torture and sequestration.

European officials are creating parental hotlines and other tools to stem the flow of hundreds of youth to Syria, but lack the know-how to contain the exodus. Yet they remain suspicious of men like Benchellali, fearing returnees may have a secret mission to pull youths into extremism rather than steer them away.

But many analysts say these men — dubbed “formers” — are just what is needed to counter the attraction of jihad. Returnees have street credibility that officials and mainstream counselors cannot offer.