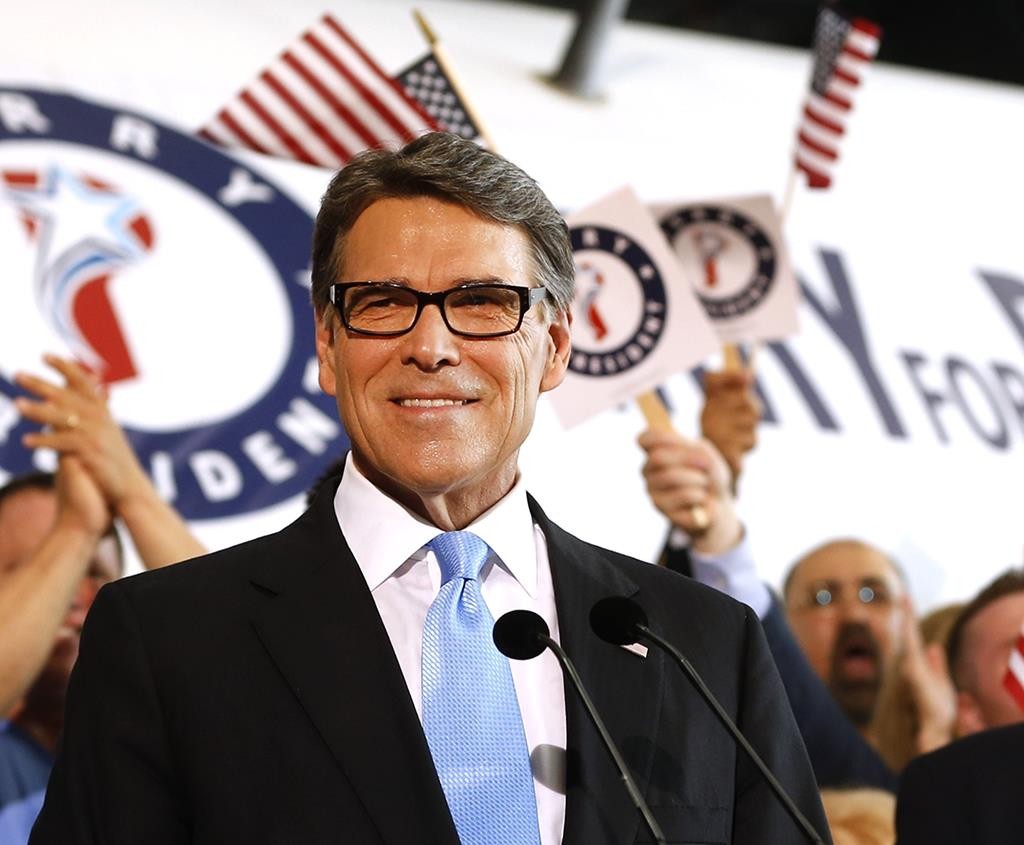 He re-introduced himself to the nation after his unsuccessful 2012 race, telling the story of his hard-scrabble upbringing in rural agricultural Texas. “Home was a place called Paint Creek. It was too small to be called a town,” Perry said.

He got in some digs at President Barack Obama’s administration. “We’re at the end of an era of failed leadership,” Perry said.

And he hammered away at the trouble America and its allies are having overseas trying to contain the Islamic State and other terror groups. But the nation — as well as his candidacy — can and will rebound, Perry said. “We made it through Jimmy Carter. We will make it through this,” he said.

And, he declared, he’s the best candidate for the job because he’s succeeded at everything from managing tight state budgets to responding to natural disasters to scrambling to contain Ebola. “I’ve been tested,” he said.

Using a C-130 cargo plane — the type he flew in the U.S. Air Force — as a backdrop and introduced by veterans, Perry drew standing ovations from a large crowd of supporters as he launched his long-awaited but much expected second bid for the White House.

He joins an already crowded field of Republicans vying for the White House.

Perry, Texas’ longest serving governor, has been involved in politics for three decades.

His effort may be complicated this time by a felony indictment on abuse of power and coercion charges, from when he threatened — then carried out — a veto of state funding for public corruption prosecutors. That came when the unit’s Democratic head rebuffed Perry’s demands that she resign following a drunken driving conviction.

Perry calls the case against him a political “witch hunt,” but his repeated efforts to get it tossed on constitutional grounds have so far proved unsuccessful.

That raises the prospect he’ll have to leave the campaign trail to head to court in Texas.