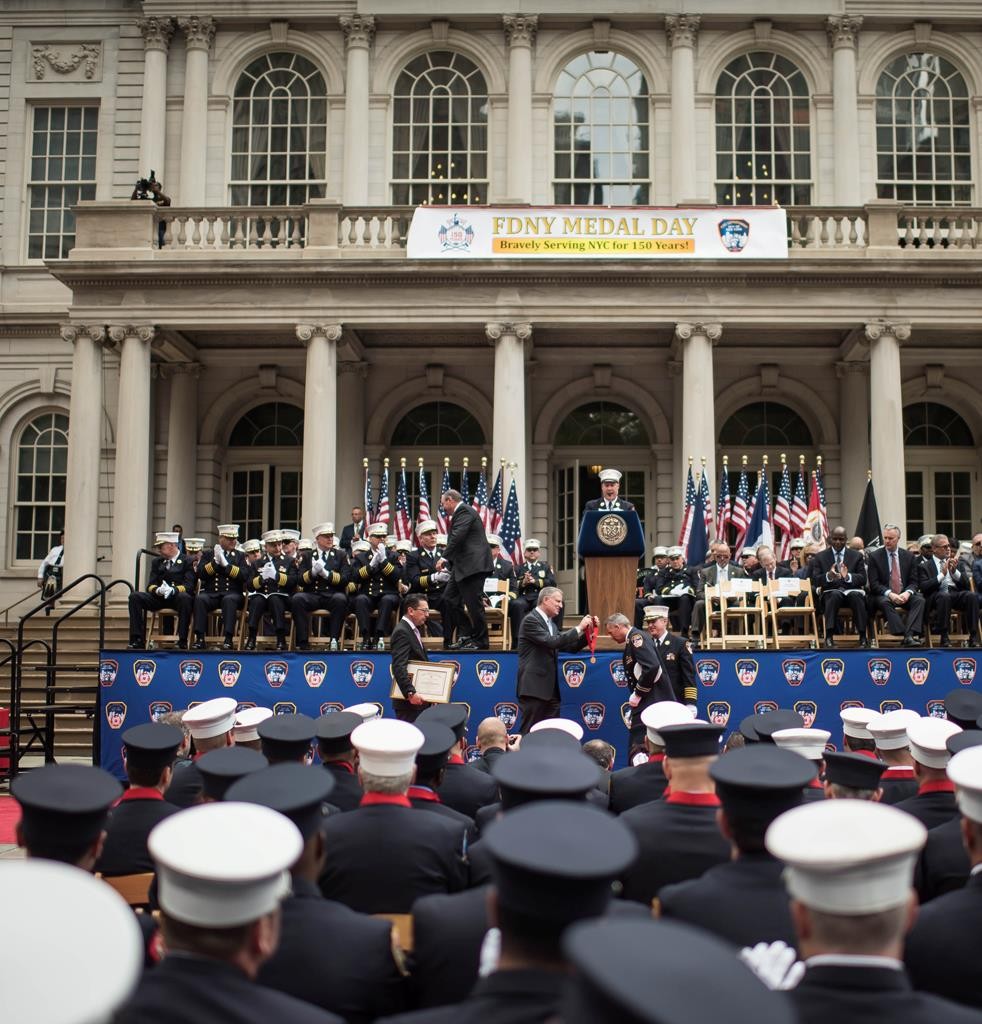 Mayor Bill de Blasio has few things in common with his immediate predecessor, Michael Bloomberg — and the size of their financial disclosure forms is one of their many differences.

The city-mandated form for Bloomberg, who is one of the world’s richest men with a worth in excess of $30 billion, would stretch well past 100 pages when it was released annually by the city’s Conflict of Interest Board.

De Blasio’s form, which was released Thursday, is just eight. He earned $225,000 as mayor, has three mortgages and rented out three Park Slope apartments. He has long rented out one home that belonged to his mother. And last summer, when he moved to Gracie Mansion, the official mayoral residence where he lives rent-free, he began to rent out his longtime family home, too.

The financial form, which provides only a general range of income, shows that the mayor and his wife, Chirlane McCray, took in $15,000 to $144,000 from the three rental units. On his tax returns, released by his office in April, de Blasio claimed losses on both homes.

The mayor was reimbursed by the British Labour Party for travel to a speech he gave in Manchester, England, last year, according to the disclosures. The forms also indicate that de Blasio has a modest stock portfolio and retirement account. McCray is the unpaid chairwoman of the Mayor’s Fund to Advance New York City.

City Council Speaker Melissa Mark-Viverito owns three properties — and a fourth, which is vacant land — in her native Puerto Rico.

Comptroller Scott Stringer has positions on the boards of more than 100 cultural and nonprofit positions because of his post.

And Public Advocate Letitia James was paid $1,000 to $4,999 for teaching at the State University of New York. The forms also indicate that she has a sister who works as a city police officer, something the public advocate rarely mentions.