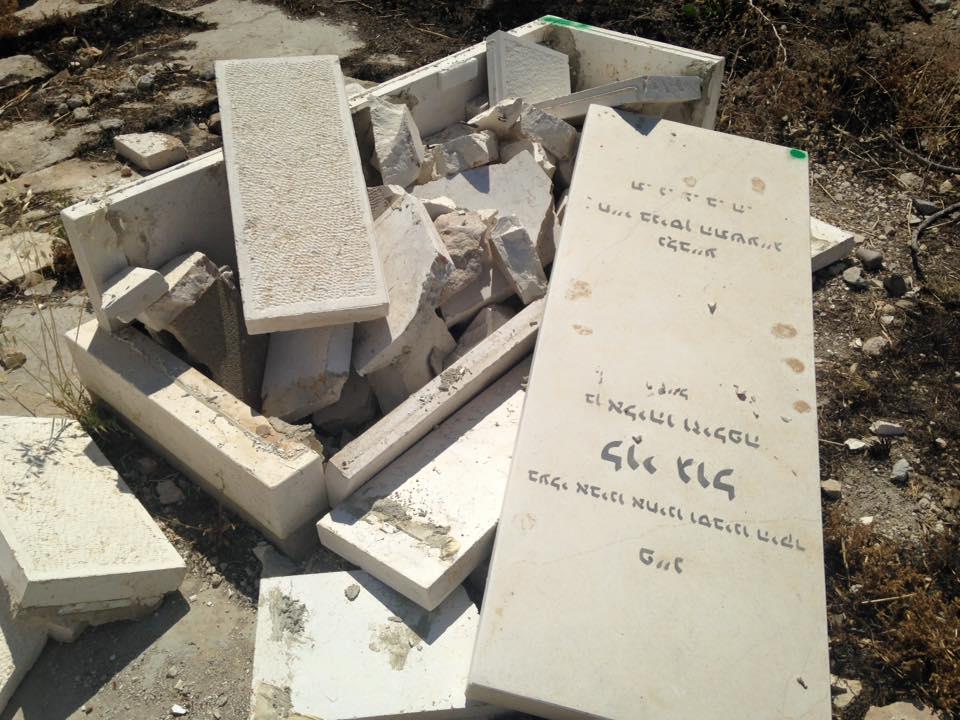 The International Committee for the Preservation of Har Hazeisim (ICPHH) has issued a call to the government of Israel “to urgently investigate and to take immediate steps to secure Har Hazeisim after 50 graves were recently destroyed in the section known as the Afghanistan chelkah.”

According to Avrohom Lubinsky, chairman of the ICPHH, the graves were systematically destroyed over a period of the last three weeks. Security officials told Mr. Lubinsky that hooded Arab terrorists destroy several graves every night, usually from 8 to 9 p.m.

The destruction by the Arab youths is clearly visible in footage recorded by cameras above the Afghanistan section. By the time security officials arrive, including the police, the youths flee into the Abu Dis section. There have been no arrests.

In an emotional statement, Mr. Lubinsky called “the government response a national disgrace for all Jews.” He asked: “Have they no shame to allow such desecration in the historic 3,000-year-old national cemetery of the Jewish people, and in the section where hundreds of Jews from Afghanistan lie? Despite all of the lip service, cameras and ostensibly a police sub-station, how could such a mass desecration have happened? Where are the Israeli people? Where are the politicians who signed a coalition agreement that the government would secure Har Hazeisim?”

Mr. Lubinsky urged the Knesset to convene an emergency session of the full Knesset to investigate one of the most horrific crimes to be perpetrated on the history of World Jewry and to take urgent measure so that such events are not repeated. He revealed that an ICPHH leadership delegation will be heading to Israel shortly “to raise the ire of American Jewry over the government’s inability to halt the desecration and ongoing violence against visitors.”

Mr. Lubinsky said that with ICPHH’s stepped up efforts, including a new chapter in Europe, “we will do everything in our power to make those officials responsible for security on Har Hazeisim accountable for a crime that would receive world headlines were it to have happened in Europe, for example.”

Starting in the late 1800s, the situation for Afghan Jews became progressively worse. The Muslim authorities enacted harsh anti-Jewish measures in 1870, triggering a mass emigration to neighboring countries. Pogroms were carried out in the major Jewish centers of Maimana and Herat, and Jews were forced to pay high taxes and serve in the armed forces.

Records indicate that Afghanistan’s Jews were buried on Har Hazeisim for hundreds of years, which prompted Mr. Lubinsky to add: “They were persecuted when they were alive and now the Arabs won’t even allow them to lie in peace.”