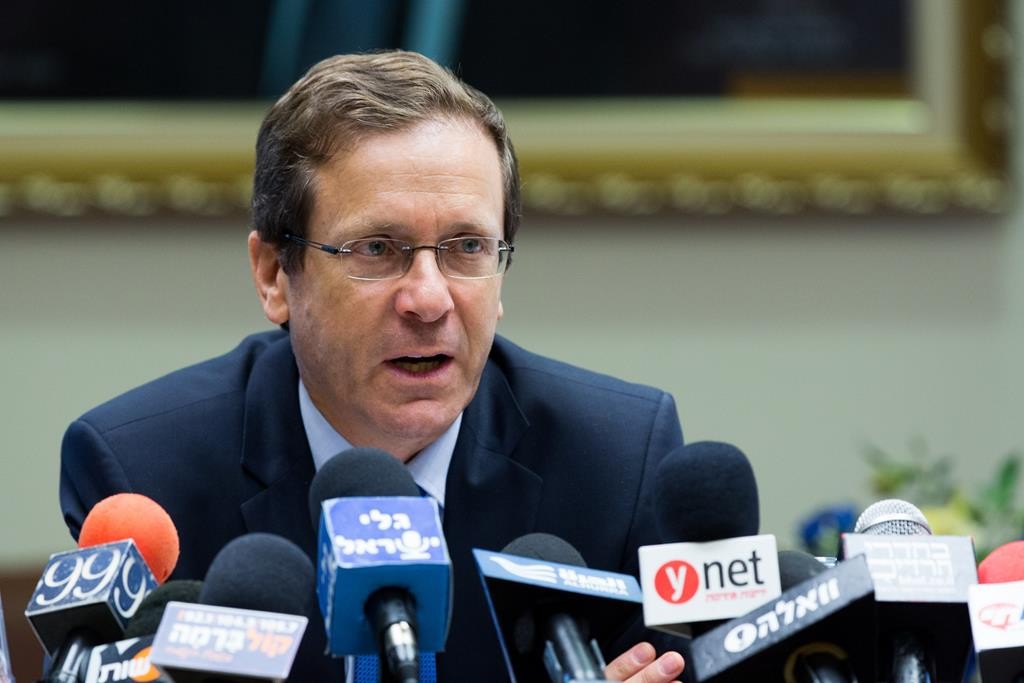 U.S. President Barack Obama’s interview on Tuesday in which he challenged Israeli credibility on wanting peace with the Palestinians and said he might not support Israel in the U.N. drew sharp reactions in the country and abroad.

Opposition leader Isaac Herzog said “I told you so” — literally.

Speaking on Israel Radio on Wednesday, Herzog said, “He said some very harsh things. I personally want to say ‘I told you so’ — because during the elections, when the prime minister finished his speech in Congress, I said then that it caused great damage to our relationship with the U.S.”

“The Iranian issue is a major national challenge, but in order to fight it, to ensure Israel’s standing among the nations… to ensure the U.S. veto [for Israel in the U.N.], we need to speak with the administration, not humiliate it,” Herzog said.

Avigdor Lieberman, chairman of Yisrael Beitenu, now in the opposition, charged that Israel’s poor standing with Obama and others stemmed from the lack of a more aggressive strategy on the Palestinian front and poor public diplomacy, or hasbarah.

“Our problem isn’t just with President Obama. Our problem is an idea — it’s our national strategy: On the Palestinian issue, hasbarah, our Gaza policy and our strategy against Hizbullah,” he said.

But there were others who did not accept Obama’s version of the U.S.-Israel relationship, nor of the Iran deal, and who questioned Obama’s credibility.

The Times of Israel editor David Horovitz let loose a rhetorical onslaught from one who is, he said, “not an Obama-basher.” He rejected Obama’s assertion that “I can say to the Israeli people: I understand your concerns and I understand your fears.”

“But here’s the thing, Mr. President: You don’t. And your interview made that so unfortunately plain … You seek to assure us that this deal with Iran is in our own best interests when we know that Iran — which almost daily calls for our destruction — will paint any agreement as a victory and a vindication, and will utilize that ostensible victory to step up its efforts to harm us, via terrorism and via its proxy armies in Lebanon and Gaza, while also continuing to do its utmost to cheat and bully its way to the bomb.

“We know that the deal will cement this bleakest of regimes in power in Tehran, and that it was your negotiators who blinked, who never forced the regime to choose between survival and its nuclear program, when the financial leverage was available to impose that choice.

“You implore us, again and again, to give more thought to the plight of the Palestinians, to turn away from leadership — in the seemingly ever-present shape of Prime Minister Benjamin Netanyahu — that peddles the politics of fear, and instead to choose the path of optimism and opportunity. But Israel just elected Netanyahu again, ignoring your entreaties, because the evidence of danger outweighed the evidence upon which to build hope.”

Horovitz criticized Obama for a one-sided policy vis-a-vis Israel and the Palestinians.

“You got the settlement freeze six years ago, you got the prisoner releases in 2013, but what did you wrest from Abbas? Did he stop the incitement against Israel? Did he moderate his positions on the ‘right of return’? You fault Netanyahu for his bleak wordview, but did you castigate Abbas for entering a governing partnership which gives Hamas veto power over his ministers? Did you tell him, sorry, that’s not going to work for us? No. You said you’d keep right on dealing with him.”

Senior Israeli columnist Dan Margolit observed that the president was “articulate and calculated,” and faulted the interviewer for not asking “the obvious question: Why does Obama place more emphasis on Netanyahu’s pre-election rhetoric about the unfeasability of a two-state solution than on his re-stated commitment to the idea after the election? Surely Obama understands that in this first statement, Netanyahu was simply playing to his right-wing base, and that his subsequent clarifications underscore his real views on the matter. Of course, the opposite may be true too, but why choose one version over the other?

“Those Israelis who care woke up on Wednesday to a growing debate over Obama’s interview: Should his statements be accepted or rejected? In plain words, should we believe him or not? When public opinion polls are held about the interview, many respondents are going to keep their impressions to themselves. For my part, Obama now has more questions to answer,” Margolit wrote.

Writing in Commentary, Jonathan Tobin assailed Obama’s comments on Iran as “misleading.” Far from having frozen the Iranian nuclear program, their stockpile has been increasing, as an International Atomic Energy Agency report issued last Friday shows. In the last 18 months, it has expanded by more than 20 percent.

“Obama’s focus on Israel’s lack of enthusiasm for more territorial withdrawals must be considered to border on an obsession. The Palestinians have shown no interest in negotiating with Israel on any terms and still won’t recognize the legitimacy of a Jewish state no matter where its borders are drawn. As Palestinian Authority Prime Minister Rami Hamdallah reiterated in an interview this past weekend, the PA is solely interested in making an end-run around U.S.-led negotiations and getting the international community to recognize Palestinian independence without requiring them to make peace with Israel first.

“Under the circumstances, quibbling about what Prime Minister Netanyahu says about two states is irrelevant to the problems of a region rightly more concerned about the threat from an Iran that is being boosted by Obama than Israel’s failure to make another futile peace offer. Yet, Obama continues to have hardly a word of criticism for a Palestinian political culture promoted by the PA that glorifies death and terrorism while claiming to be disappointed in an Israel that isn’t living up to his expectations,” Tobin wrote.