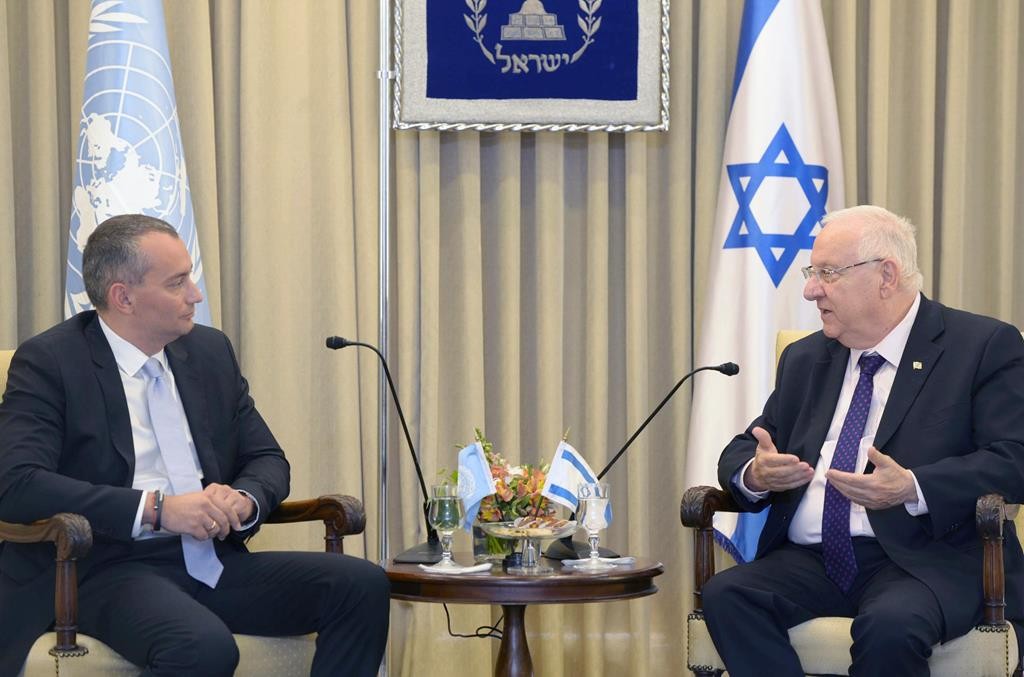 President Reuven Rivlin declared on Wednesday that any help from Israel in the reconstruction of Gaza will be contingent on the return of the bodies of two IDF soldiers missing in action during Operation Protective Edge last year, The Jerusalem Post reported.

The statement, made to U.N. envoy to the Middle East Nickolay Mladenov, followed on a promise Rivlin made to the parents of the soldiers that he would raise the issue with foreign diplomats.

Lt. Hadar Goldin and St. Sgt Oren Shaul were pronounced dead by Israeli military authorities, but their bodies were never recovered for burial.

“Hamas is ready for the time being not to kill Israelis — they are willing to wait,” he said, “but before there is rebuilding they have to give us back our sons. We know that their task to get rid of us is still on their agenda. Each side has to build confidence in the other.”

Rivlin also stressed that Hamas must cease hostilities if they seek Israel’s cooperation in their economic development.

Mladenov said that “the only road to peace is through negotiation” and that he was interested in working with both sides to clarify what the international community can do to facilitate renewed peace talks.