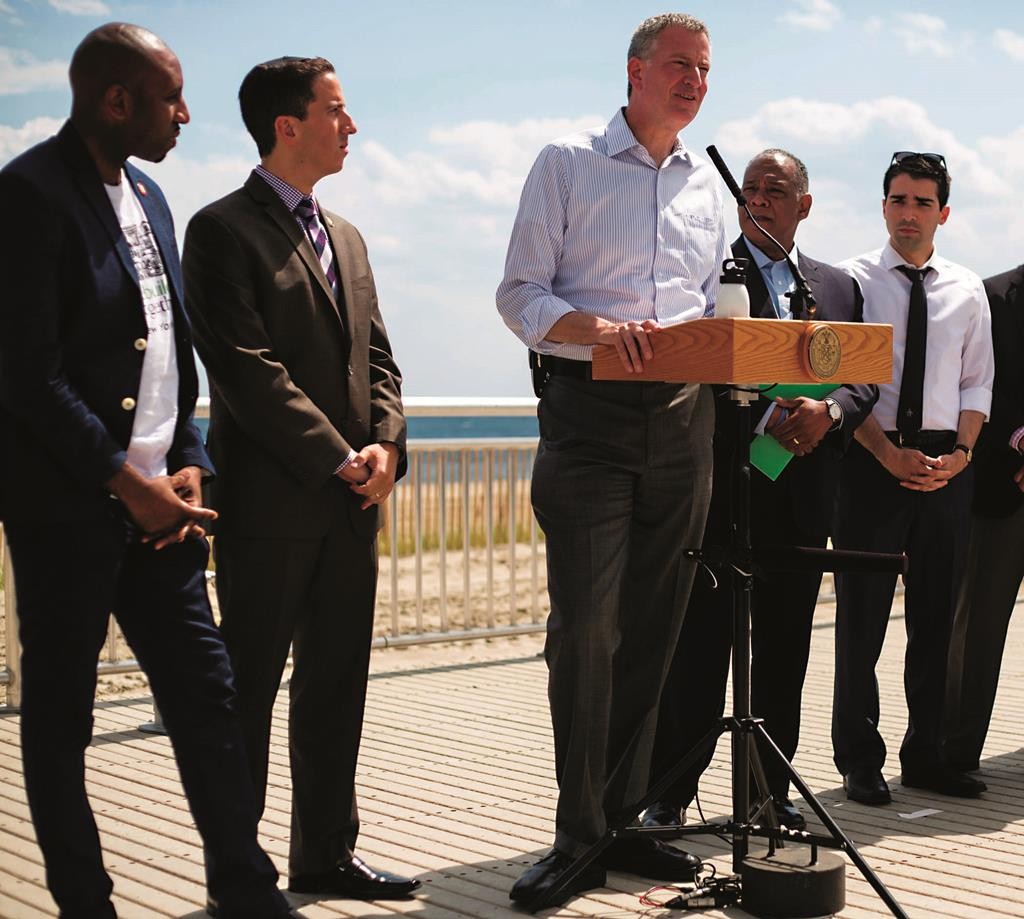 The New York Press Club chided Mayor Bill de Blasio for having his staff set up a separate area for protesters 50 yards away during a Friday event in the Rockaways.

The club, made up of journalists from across the city, calls the practice contrary to free speech and “a mockery of our basic rights.”

De Blasio was there to reopen a boardwalk destroyed by Superstorm Sandy. He’s not especially popular in that neighborhood and was heckled the day before on Staten Island.

City Hall officials said the zone was created so those who might be carrying signs wouldn’t block the view of others.