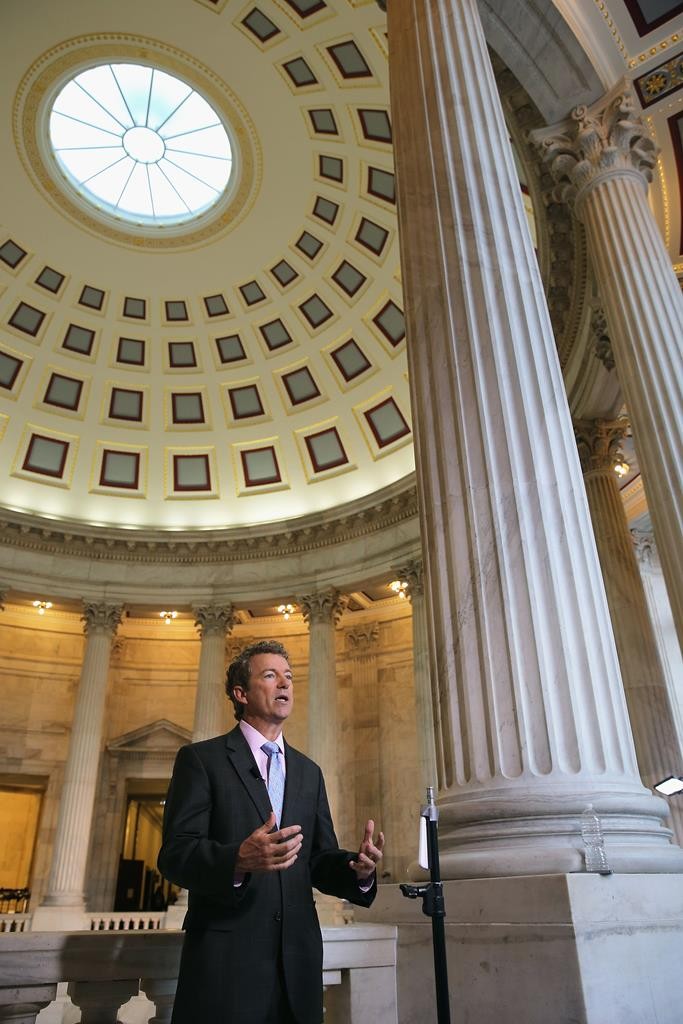 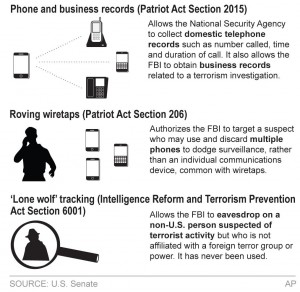 The Senate on Tuesday passed a bill reforming a government domestic spying program that swept up millions of Americans’ telephone records, sending the bill to the White House for President Obama to sign into law.

Reversing U.S. security policy that had been in place since shortly after the Sept. 11, 2001, attacks, the bill would end a system exposed by former National Security Agency contractor Edward Snowden in 2013. The eavesdropping agency collected and searched records of phone calls looking for terrorism leads, but it was not allowed to listen to the content of calls.

The passage of the USA Freedom Act, the result of an alliance between Senate Democrats and some of the chamber’s most conservative Republicans, was a victory for Obama, a Democrat, and a setback for Senate Republican Majority Leader Mitch McConnell.

Before passing the bill, Senators defeated three amendments proposed by Republican leaders. By a vote of 67-32, the Senate approved the new act, which the House of Representatives had passed overwhelmingly last month.

A federal appeals court on May 7 ruled the collection of “metadata” illegal.

The new law would require telephone companies, such as Verizon Communications Inc and AT&T Inc, to collect and store telephone “metadata” the same way that they do now for billing purposes.

But instead of routinely feeding U.S. intelligence agencies such data, the companies would be required to turn it over only in response to a government request approved by the secretive Foreign Intelligence Surveillance Court.

Passage of the bill is the first major legislative reform of U.S. surveillance practices since Snowden’s revelations two years ago this month.

Along with the phone records program, two other domestic surveillance programs authorized under the USA Patriot Act have been shut down since Sunday. The Senate missed the deadline to extend legal authorities for certain data collection by the NSA and the Federal Bureau of Investigation.

Before the final vote, the Senate defeated three amendments proposed by security hawks, who argued that the reforms in the USA Freedom Act went too far.

“Before scrapping an effective system that has helped protect us from attack in favor of an untried one, we should at least work toward securing some modest degree of assurance that the new system can, in fact, actually work,” McConnell argued.

But legislators defeated by 44-54 a measure that would have doubled to 12 months from six months the amount of time the NSA would have to wind down the existing telephone metadata collection system.

They also defeated by 42-56 a measure that would have changed the treatment of independent advocates in the secretive surveillance court, and rejected by 56-43 a proposal that would have mandated that the Director of National Intelligence certify the new phone records system works.

Telephone companies had been less than thrilled about potentially overhauling their record-keeping systems to become the repositories of surveillance records, and resisted the prospect for month.

The sensitivity of their push against powerful government agencies is so high that few industry officials or experts are willing to discuss the matter.

Privacy advocates who have opposed the phone records program since Snowden exposed it balked at the amendments. They said the changes would weaken privacy protections in the Freedom Act and hold up the bill.

It was not immediately clear how soon the NSA program would be restarted for six months, until the new system is put in place.

After Obama signs the bill, the executive branch would have to apply to the surveillance court for reauthorization of the program. And officials have said it would take time logistically to bring the system back online.

A senior U.S. intelligence official said the bulk telephone data collection system had been shut down since shortly before 8 p.m. EDT on Sunday.