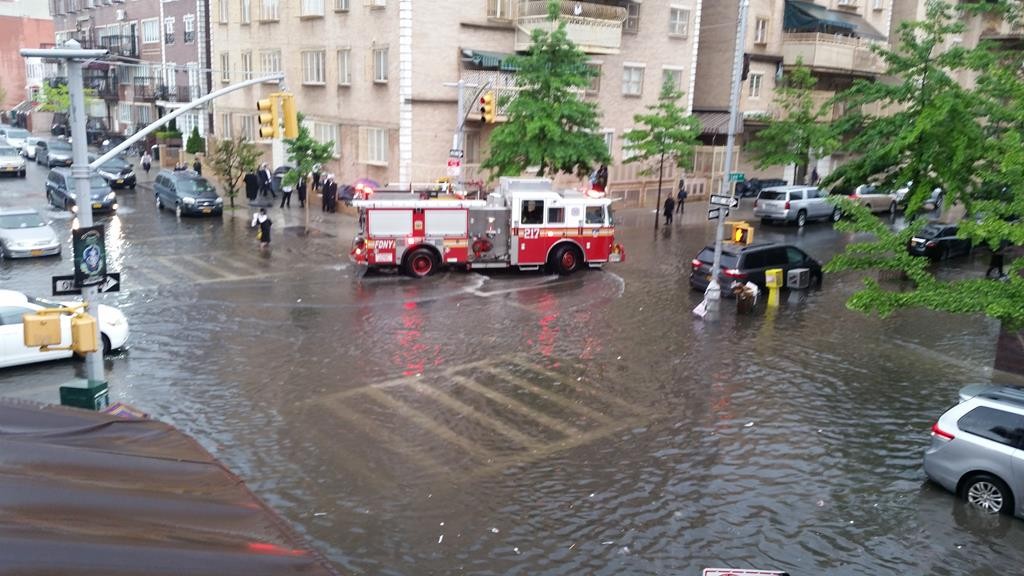 Parts of the New York City area were under flood watches for most of Sunday and Monday from a line of severe storms.

In Newark, officials warned people not to eat fish that were found because it’s unclear how “exposure to elements outside of their natural domains will affect them.”