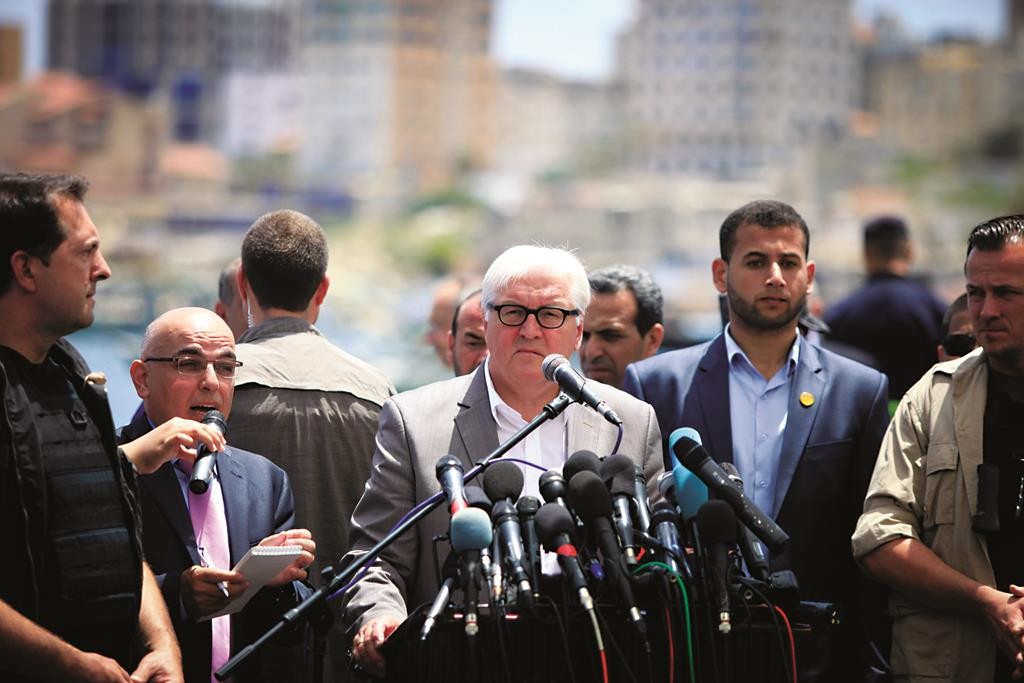 Germany’s foreign minister said during a visit to Gaza on Monday that any opening of the enclave’s borders and economic recovery from last year’s devastating war hinged mainly on ensuring no more rockets are fired at Israel.

“We need local investments, and from abroad. Hence we also need the possibility to export the goods, which are being produced here [in Gaza]. This can happen only by opening the borders,” Frank-Walter Steinmeier told reporters.

“But the whole truth is: all this will, under most difficult circumstances, happen only when there is real certainty … that [Gaza] is no longer a launching pad for rockets.”

Steinmeier did not meet officials of Hamas during his tour, which included a visit to a U.N. school for girls constructed with German aid.