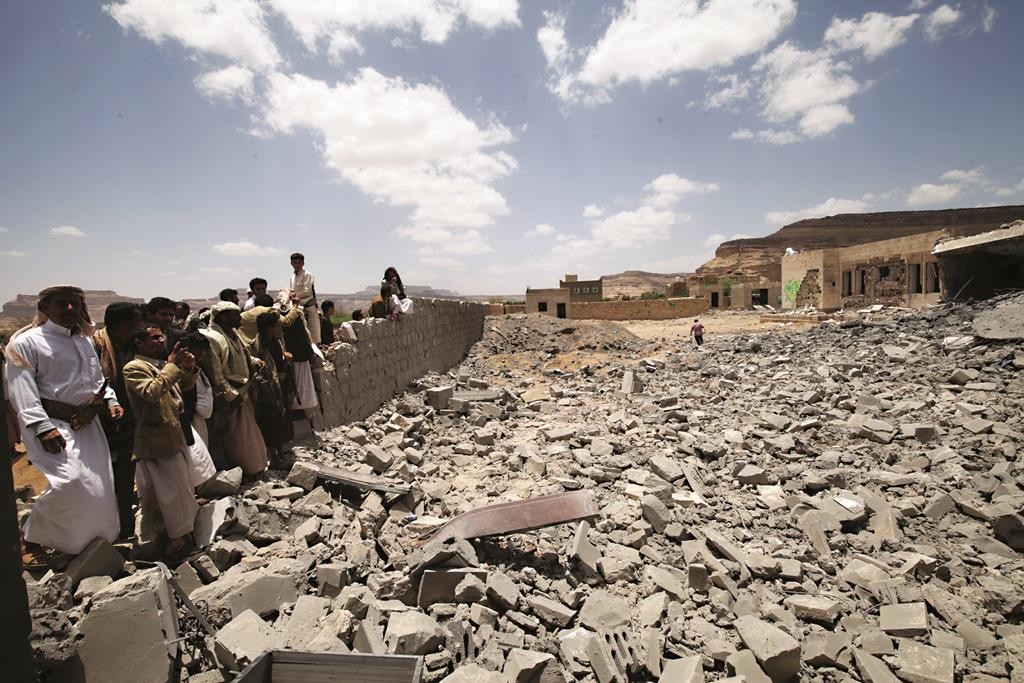 A wave of bombardment beginning around 1 a.m. local time targeted Shiite Muslim rebel positions including the area around the presidential palace and a base on Mt. Niqum, on the city’s eastern outskirts. Ambulance sirens wailed and huge plumes of smoke rose into the air as terrified civilians fled.

The Saudi-led air offensive against the insurgents, known as Houthis, has been widely criticized by international human rights groups for endangering civilians. About 2,000 people, many of them noncombatants, have died in the bombing campaign that began March 26.

Meanwhile, a video surfaced Monday purporting to show a 30-year-old French woman who was snatched off the street in Sanaa in February by unknown abductors, a few weeks before the start of the air war. The video appeared to show Isabelle Prime, a consultant to the World Bank, appealing for help from the French and Yemeni governments. Its authenticity and date could not immediately be verified.

A Yemeni woman who had been acting as Prime’s translator was captured as well, but was later freed.

Meanwhile, Political sources in Oman confirmed on Monday that diplomats were brokering talks between U.S. and Houthi envoys in the capital Muscat aimed at finding a peaceful resolution to the conflict.