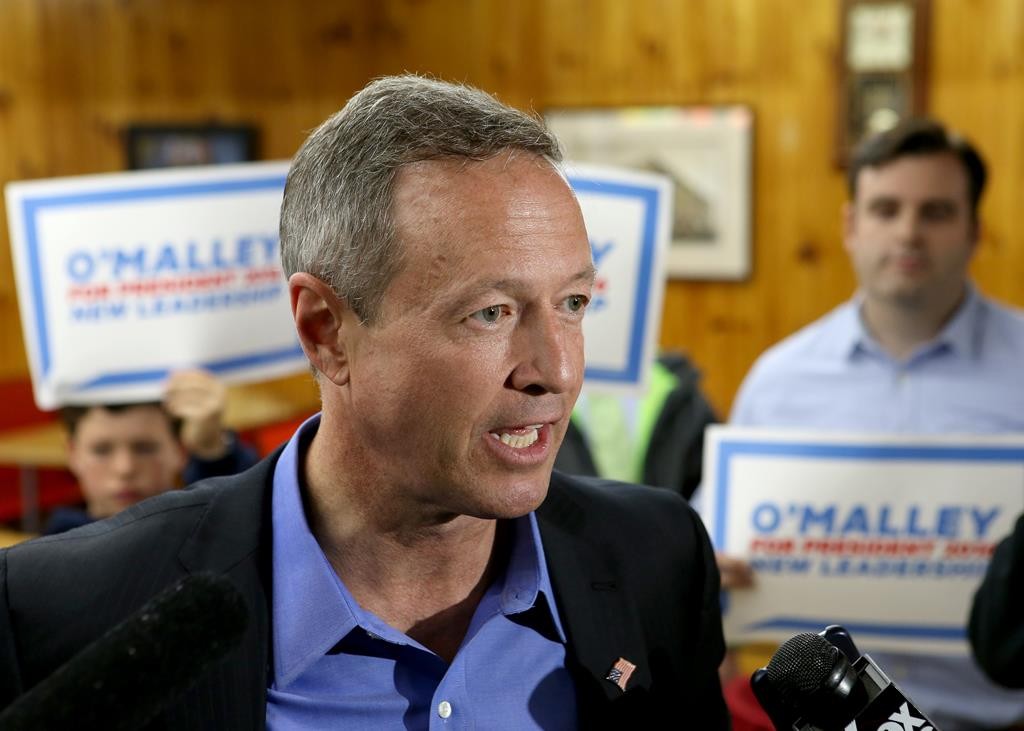 “Powerful, wealthy special interests here at home have used our government to create, in our own country, an economy that is leaving a majority of our people behind,” said O’Malley, opening his 2016 presidential campaign with a rally at a waterfront park in downtown Baltimore.

O’Malley, who has aggressively courted his party’s liberal wing, began his political career in Baltimore, first as a member of the city council and then as mayor.

Decrying big banks as having been behind the financial crisis of 2008, O’Malley singled out Goldman Sachs for particular criticism. He said Goldman Sachs CEO Lloyd Blankfein recently told his employees that “he’d be just fine” with either Republican Jeb Bush or Hillary Clinton as president after the November 2016 election.

“Well, I’ve got news for the bullies of Wall Street,” O’Malley said. “The presidency is not a crown to be passed back and forth by you between two royal families.”

Signs at O’Malley’s rally promised he would provide “new leadership,” but in fact he faces an uphill battle against former secretary of state Clinton, who consistently tops opinion polls to be the party’s nominee, and who enjoys national name recognition.