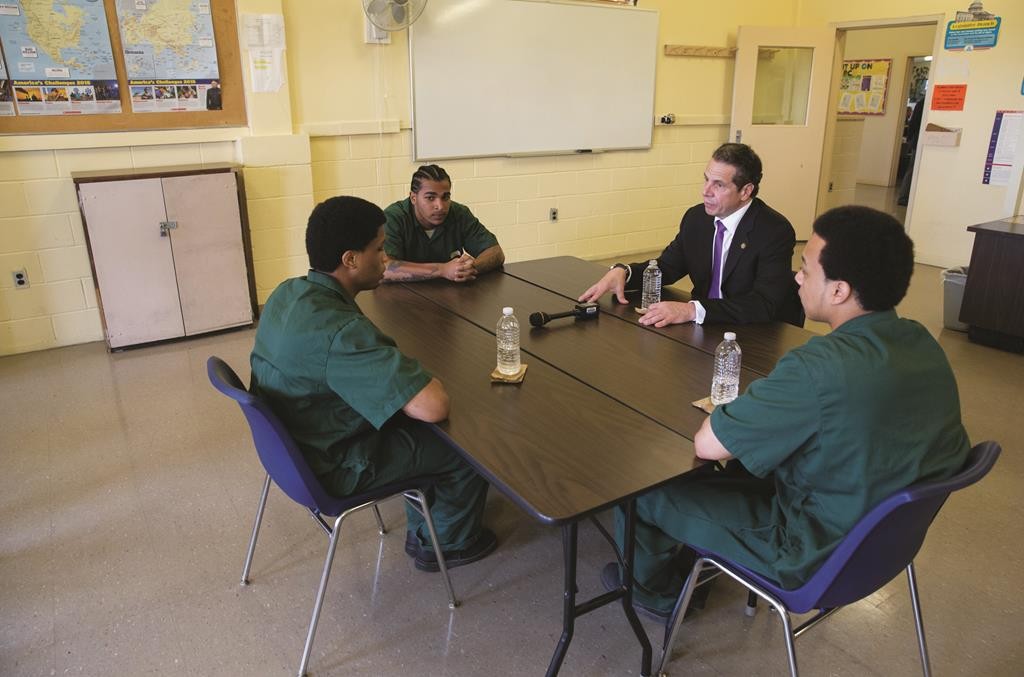 Gov. Andrew Cuomo visited a state prison in the Hudson Valley on Thursday, met with three 17-year-old inmates and ended the tour by repeating his call for keeping the youngest lawbreakers from adult prisons.

During two hours at the medium-security Greene Correctional Facility, about 25 miles south of Albany, Cuomo walked through a wing of the disciplinary housing unit, where up to 200 prisoners are confined in pairs for 22 hours a day in small cells and for two hours can exit onto even smaller caged balconies.

The governor greeted guards, said hello to inmates pressed against the small windows of their locked cells, and met separately with some corrections officers and the teenagers to ask about their experiences. Nearly all the prisoners were African-American.

Currently, the state’s prisons have fewer than 100 inmates under age 18, including 49 at Greene, according to prison officials. Ten were in disciplinary housing Thursday.

“Most New Yorkers don’t ever experience walking through a prison facility, a corrections facility,” Cuomo said afterward. “If you did you would feel how intimidating, frightening, threatening an environment it is.”

The governor is advocating legislation to raise the age of criminal responsibility from 16 to 18 for many crimes. The move would spare more minors from adult prisons and jails.

“In my opinion, it is too early to condemn a 16-year-old to a life without redemption,” Cuomo said.

Only North Carolina and New York do that, he said, adding that a second chance is not only morally right but makes more economic sense than paying $50,000 a year for 50 years for a prison cell.