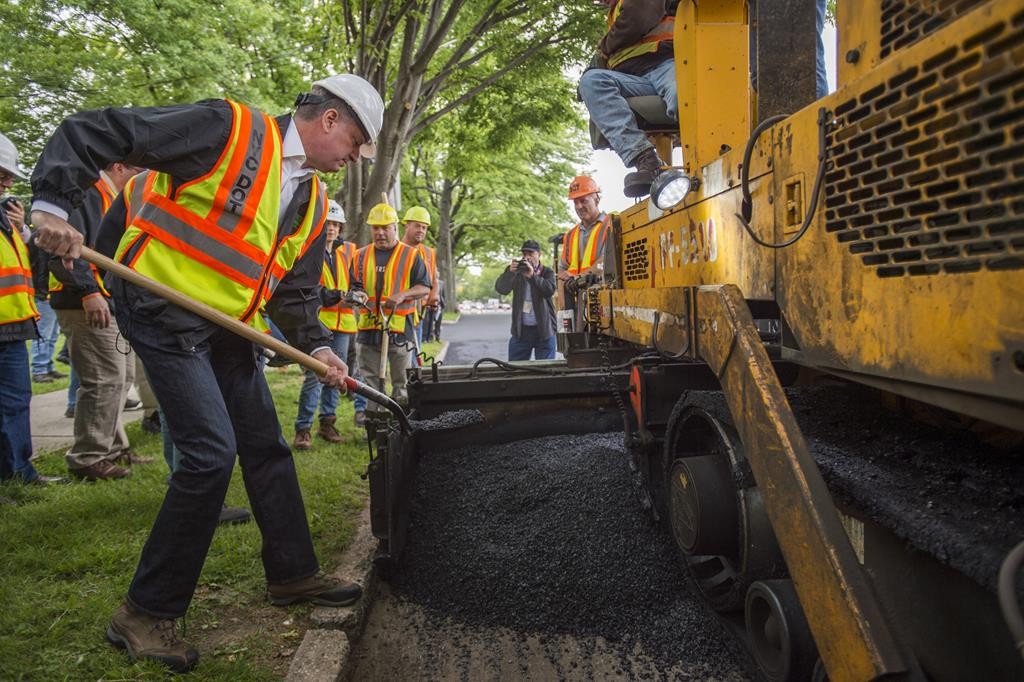 For the second straight day, Mayor Bill de Blasio ventured Friday to a section of the city where he has not always received the warmest of welcomes.

But in the Rockaways, unlike on Staten Island the day before, he largely heard cheers. That was in part due to the event’s careful stagecraft, featuring tight security that kept would-be demonstrators nearly out of the mayor’s line of sight.

And it was in part because de Blasio brought with him a surefire winner of a present: the reopening of the Rockaways’ famed boardwalk, destroyed by Superstorm Sandy nearly three years ago, at the start of the unofficial kickoff to summer.

De Blasio’s relationship with the Rockaways — a coastal, largely white working-class Queens neighborhood home to many police officers and firefighters — has been tumultuous.

Many locals grumbled when he cut ferry service to the peninsula, though he later proposed restoring it. He then infuriated residents in November when he showed up late to the memorial service for American Airlines Flight 587, which crashed in the Rockaways in 2001. He missed the moment of silence, and his aides initially blamed his tardiness on his police boat being delayed by fog though he later said he “had a rough night.”

And then de Blasio, who has frequently struggled with punctuality, was late again to the neighborhood’s St. Patrick’s Day parade. The Democratic first-term mayor, who’s not particularly popular with the city’s Irish population, walked only a few blocks and was booed.

This time, the mayor was early. And the site of his press conference was tightly controlled by Department of Parks security and City Hall staffers, who took the unusual step of cordoning off potential disrupters to an area about 50 yards down the boardwalk.

City Hall officials said it was done so those who might be carrying signs wouldn’t block the view of others. When asked for examples of the tactic being used previously, the officials pointed to a Sandy-related hearing in October.

But outside of a stray catcall about “the mayor’s boat” and a cry asking de Blasio to support the police department, the crowd happily cheered the mayor and eight other civic leaders who championed the administration’s investments in the boardwalk and the neighborhood on the eve of the long Memorial Day weekend.

Moreover, the opportunity for any heckling was cut short when it suddenly began to rain, ending the news conference prematurely and sending onlookers running for cover.

The Rockaway event capped a week in which de Blasio decisively pivoted back to local issues after spending five days out of state giving speeches on national politics. Those trips drew criticism back home from some who said the mayor was ignoring the needs of his constituents. Coincidentally or not, de Blasio’s public events this week were about bread-and-butter municipal government issues including public housing, road repaving and the opening of the city’s beach season.

As de Blasio made his way back to his car, he was stopped by several passers-by. But unlike the Staten Island man who harangued the mayor about property taxes and traffic cameras on Thursday, the onlookers in Queens largely wanted selfies.