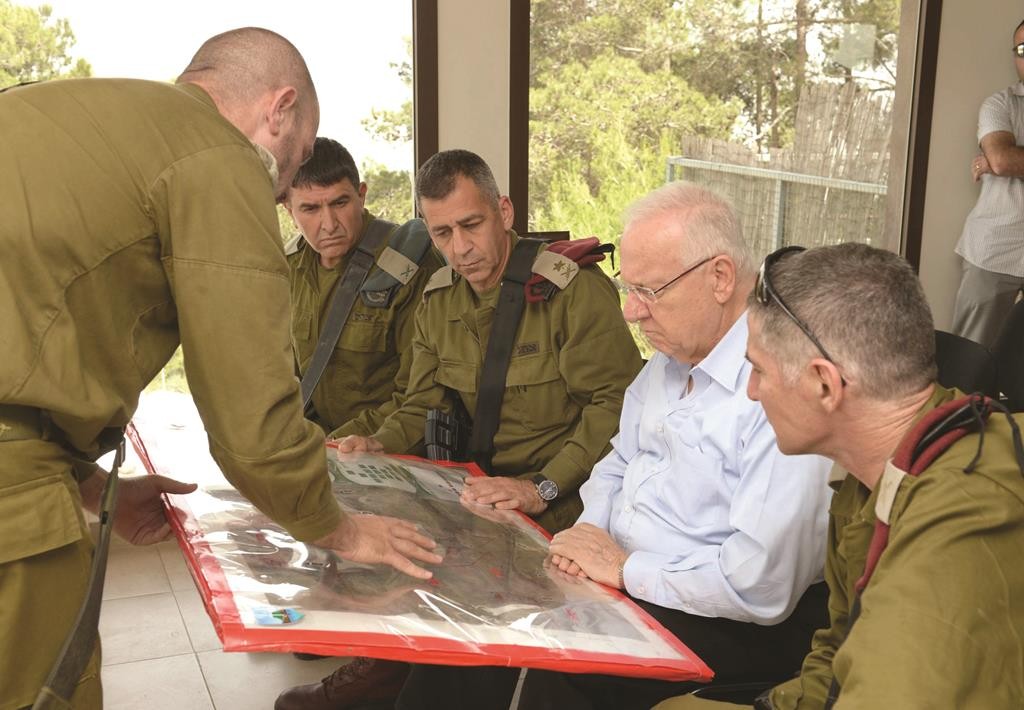 Israel and Palestinian terrorists appeared to be pulling back on Wednesday from further hostilities after Israel responded with air strikes to a rocket attack from the Gaza Strip.

No casualties were reported on either side of the border, and Israeli Defense Minister Moshe Yaalon blamed the rocket launching late Tuesday on “elements in the Islamic Jihad” group in the Hamas-run enclave.

His comments followed Israeli media reports that infighting among Islamic Jihad members may have precipitated the rocket firing without a go-ahead from Hamas.

The reports also said that Hamas arrested Islamic Jihad members behind the missile strike. An Islamic Jihad spokesman was not available to comment. Hamas officials had no comment on the reported arrests.

The projectile struck near Ashdod, about 12 miles from the Gaza frontier, Israeli security forces said, and hours after the attack there was still no claim of responsibility.

No further fighting was reported, and it appeared that Israel chose to attack evacuated or open areas in a signal to Hamas that it hoped to avoid escalation.

At the same time, it also issued a warning that further rocket strikes would draw a more powerful response.

Nevertheless, opposition politicians were critical of the IDF response.

Yisrael Beitenu chairman Avgidor Lieberman derided it as “a wimpy response of a faux government.”

On behalf of the government, Immigration and Absorption Minister Zeev Elkin (Likud) responded that for six years, while Lieberman was foreign minister, the policy was to respond every time a rocket was shot from Gaza, and that policy had not changed.

On the other end of the political spectrum, Meretz chairwoman Zehava Gal-On complained that the IDF overreacted. Gal-On called on Netanyahu to “take a deep breath and don’t be dragged after politicians who want to bring us back to Operation Protective Edge, bring Hamas’s collapse and deteriorate us into another escalation.

“It’s true that a rocket launched at Gan Yavne that puts people in shelters is intolerable, but responding with bombs and force will not prevent the next round [of fighting]. We already saw it doesn’t work,” she added.

Rather, Gal-On said, the government should offer the Gazans incentives to make peace.

Meanwhile, President Reuven Rivlin said on Wednesday that he does not object to Israel negotiating with Hamas, with which it has a mutual interest in rebuilding the coastal territory for the benefit of its residents.

“I do not recoil at the idea of negotiating with any willing party,” Rivlin said in comments he made while on a military tour of the northern border.

“Hamas is very worried about the organization that challenged its authority,” Rivlin said, adding that Hamas wants to maintain order in Gaza, and not as a favor to Israel.