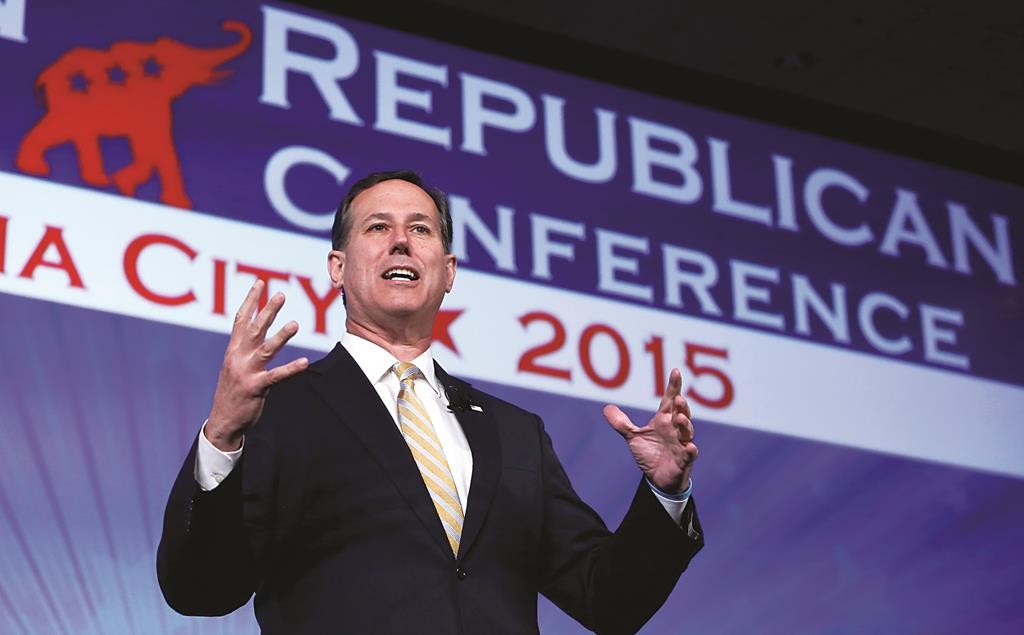 Rick Santorum, an aggressive advocate for conservative family values, will launch a second bid for president on Wednesday, a spokesman said.

The former Pennsylvania senator exceeded the political world’s expectations by scoring a second-place finish in the race for the Republican presidential nomination four years ago. Yet as he competes again, he may struggle even to qualify for the debate stage in 2016.

The 57-year-old Republican will deliver his announcement at a factory near his western Pennsylvania hometown, according to spokesman Matt Beynon.

Santorum will be surrounded by factory workers at the event, a carefully scripted setting designed to showcase his focus on the working class. A major player in 2012, he opens this political season almost as a heavy underdog in a race expected to feature more than a dozen high-profile Republicans — most of them newcomers to presidential politics.

Santorum says his experience could pay dividends the second time around. Most of the GOP’s recent presidential nominees, Mitt Romney and President Ronald Reagan among them, needed more than one campaign to win the nomination.

“This is a long process,” Santorum told reporters recently. “One of the things that I feel very comfortable with — I’ve been through this process before.” He said it’s a “completely wide open race.”

Santorum won 11 states in the last presidential primary contest, yet his early longshot status may keep him out of presidential debates altogether.

Only those who place in the top 10 of national polls will be allowed to participate in the first Republican presidential debate in August, according to guidelines released by network host Fox News. Santorum and fellow 2012 candidate, former Texas Gov. Rick Perry, are among those on the bubble.

Much of Santorum’s past success was tied to his performance in Iowa, where he scored a victory over Romney in the nation’s first presidential nominating contest. Facing little competition for the state’s influential evangelical vote, Santorum impressed voters by touring Iowa’s 99 counties in a pickup truck.

Iowa will continue to be a focus in 2016, according to Beynon, who said Santorum’s rollout tour would begin in Iowa on Thursday and Friday and move to South Carolina on Saturday and Sunday.

His road to relevancy this time won’t be easy, however.

“It’s going to be much more competitive,” said Foster Friess, a prominent Santorum donor who will attend Wednesday’s announcement.

Questions remain about Santorum’s ability to raise money as well.

Expressing confidence, Beynon said Santorum would benefit from a donor network that has only grown in the years since his first run.

“He would anticipate having more money,” Beynon said. “That was certainly a factor in his decision.”

And Friess, who gave more than $2 million to a pro-Santorum super-PAC in 2012, said he would continue to support Santorum’s White House ambitions, although he plans to avoid donating directly to the campaign or a supportive super PAC.

“Any giving I’m doing is going to be lower-profile and less noticed,” Friess told The Associated Press.