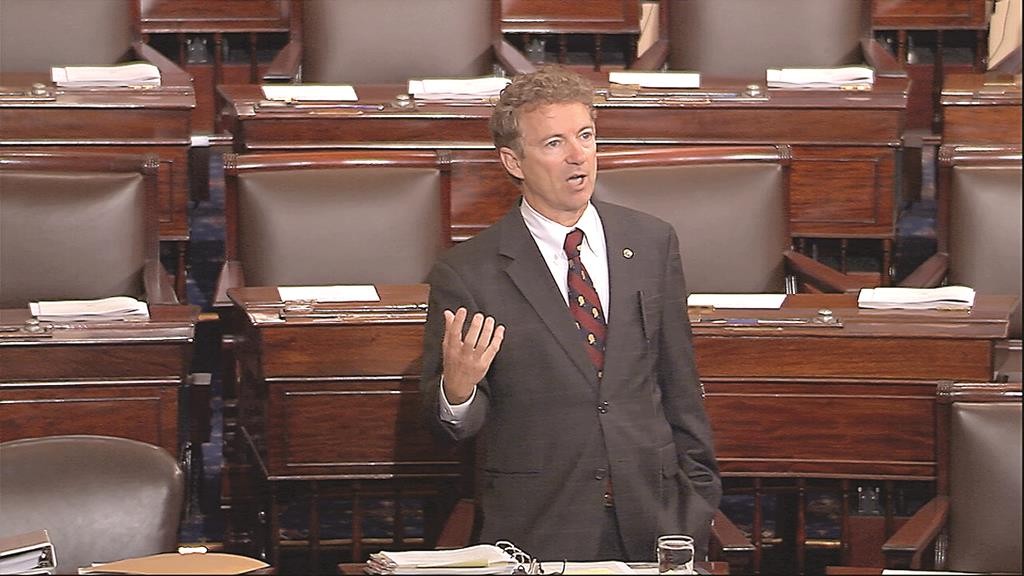 Republican presidential candidate Rand Paul is blaming his own party for the rise of the Islamic State group.

The freshman senator from Kentucky said Wednesday that the GOP’s foreign policy hawks “created these people.” That assertion led potential 2016 rival Bobby Jindal, Louisiana’s governor, to say Paul was unqualified to be president.

“ISIS exists and grew stronger because of the hawks in our party who gave arms indiscriminately,” Paul said on MSNBC. He continued: “They created these people. ISIS is all over Libya because these same hawks in my party loved — they loved Hillary Clinton’s war in Libya. They just wanted more of it.”

Foreign policy has emerged as a central debate in the 2016 Republican presidential primary.

Many of Paul’s Republican colleagues have offered aggressive rhetoric, but few specifics when asked about IS.

Paul favors less military intervention abroad, wants a dramatic reduction in U.S. money to foreign governments and stands in opposition to the Patriot Act and the U.S. policy behind drone strikes. It all makes him something of an outlier on foreign policy and national security in the GOP field.

He stood apart from many in his party in opposing U.S. military action in Syria before the ascension of the Islamic State.

Sensitive to being branded an isolationist in the race, he has scaled back some of his positions, no longer calling for deep cuts in the Pentagon budget, for example, and no longer proposing the elimination of foreign aid, including to Israel.

On the Islamic State, he wants coalitions of Arab troops — instead of U.S. troops — to take the lead on the ground.

Jindal described Paul’s comments as “a perfect example of why Senator Paul is unsuited to be commander in chief.”

“We have men and women in the military who are in the field trying to fight ISIS right now, and Senator Paul is taking the weakest, most liberal Democrat position,” Jindal said. “We should all be clear that evil and radical Islam are at fault for the rise of ISIS, and people like President Obama and Hillary Clinton exacerbate it.”