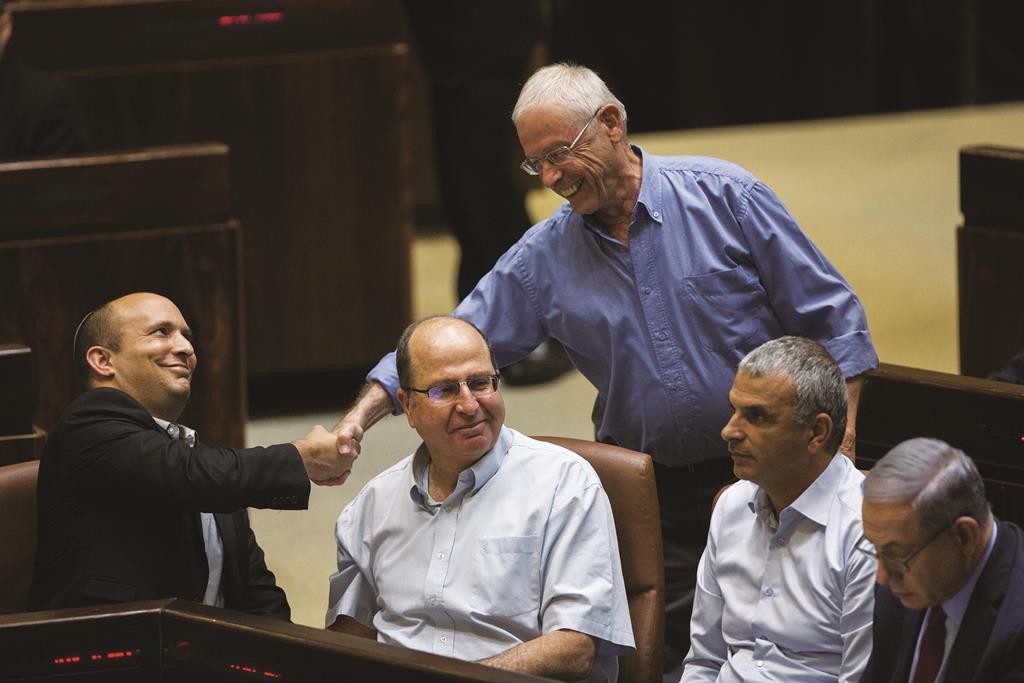 Minister without portfolio Benny Begin announced that he will not give up his new position voluntarily in order to make room for Gilad Erdan in the government coalition.

The current government has already expanded to the limit of 20 ministers. Only 12 of them are allocated to the Likud, so that one of them must leave if Erdan, a late holdout, will be able to take up the post of Internal Security minister that he was promised by Prime Minister Binyamin Netanyahu.

But Begin said he refuses to resign and told coalition chairman Tzachi Hanegbi that as far as he was concerned, he was a government minister until otherwise decided.

Netanyahu does not want to fire Begin, a popular figure whom he convinced to return to the Likud party ahead of the 2015 elections, and is instead trying to arrange a further expansion of the government.

Another possibility is to appoint one of the other current Likud ministers as Israel’s ambassador to the United Nations — most likely Ofir Akunis, who is a minister without portfolio in the Communications Ministry. This would allow Begin to remain in the government without having to expand it.