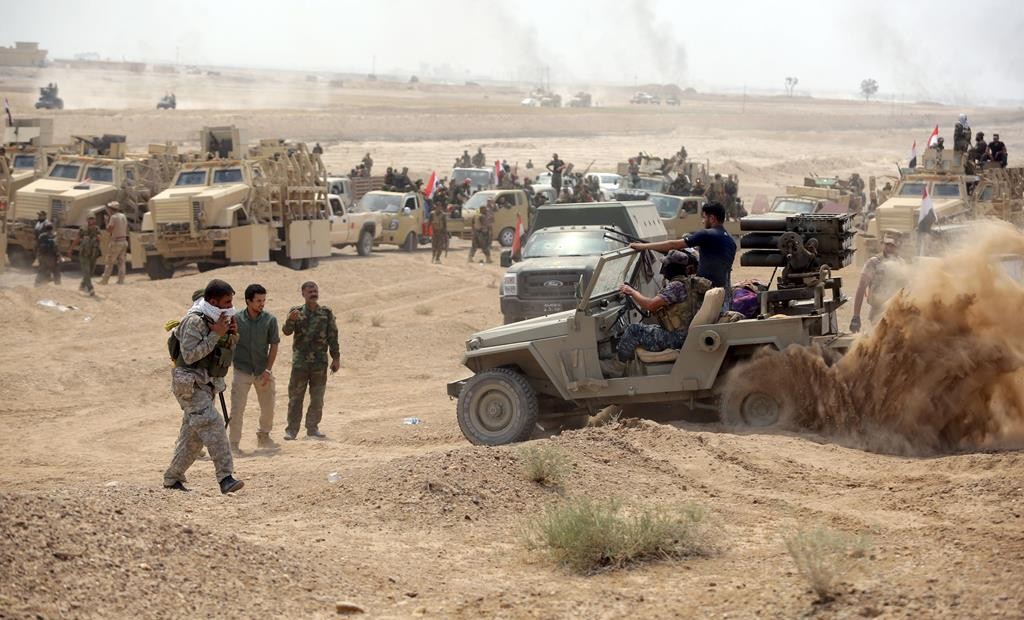 Iraq vowed Tuesday to retake Anbar province — now mostly held by the Islamic State —by launching a large-scale military operation less than two weeks after suffering a humiliating defeat at the hands of the extremists in the provincial capital of Ramadi.

The operation, which Iraqi state media said was backed by Shiite militias and Sunni pro-government fighters, is deemed critical in regaining momentum in the fight.

But as a sandstorm descended across the region, there was no sign of any major engagement against the extremists, who have been gaining ground in the province west of Baghdad despite U.S.-led airstrikes.

A Pentagon spokesman, Col. Steve Warren, said Iraqi forces have begun “shaping operations” and “security zone interactions,” which he described as probing and reconnaissance actions that would precede any major combat in or around Ramadi.

The Iraqis have begun moving forward from their base at Habbaniyah, and IS fighters likewise are probing in the direction of Habbaniyah, Warren said. He added that he could not confirm that the Iraqi forces have surrounded Ramadi.

Elsewhere in Anbar province, the Islamic State group last week captured the Iraqi side of the key al-Walid border crossing with Syria. Those gains followed the IS seizure of the ancient town of Palmyra in Syria.

The launch of the operation in Anbar came only days after U.S. officials, including Defense Secretary Ash Carter, criticized Iraq’s forces, saying its troops fled the IS advance on Ramadi without fighting back, leaving behind weapons and vehicles for the extremists.

Baghdad defended its troops and said preparations were underway for the large-scale counteroffensive in Anbar, involving Iranian-backed Shiite militias known as Popular Mobilization Units. That possibility sparked fears of potential sectarian violence in the Sunni-dominated province, long the site of protests and criticism of the Shiite-led government in Baghdad.