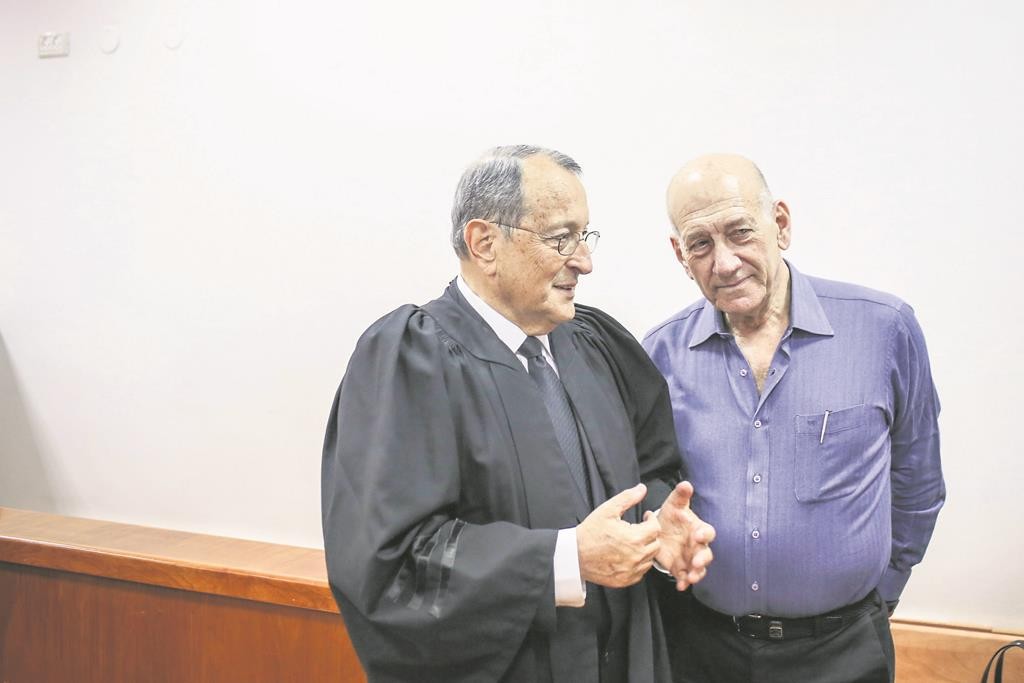 Former Prime Minister Ehud Olmert on Monday was sentenced to eight months in jail on his conviction for fraud in a retrial involving cash contributions from a U.S. donor.

The court gave Olmert’s attorneys 45 days to appeal the decision, which included a fine of NIS 100,000.

“We tried convincing the court of the justice of our case. Olmert isn’t happy. We wanted no jail time,” Olmert’s lawyer Eyal Rozovsky said.

Olmert’s other lawyer Eli Zohar told reporters after the ruling that it was a “very, very hard day.”

The court had convicted Olmert in March of illegally receiving, using and concealing at least $153,950 (out of an alleged $600,000) funds in envelopes from a New York businessman between 1993 and 2002.

The jail sentence is Olmert’s second following a six-year sentence he received in the Holyland real estate trial on a conviction for bribery.