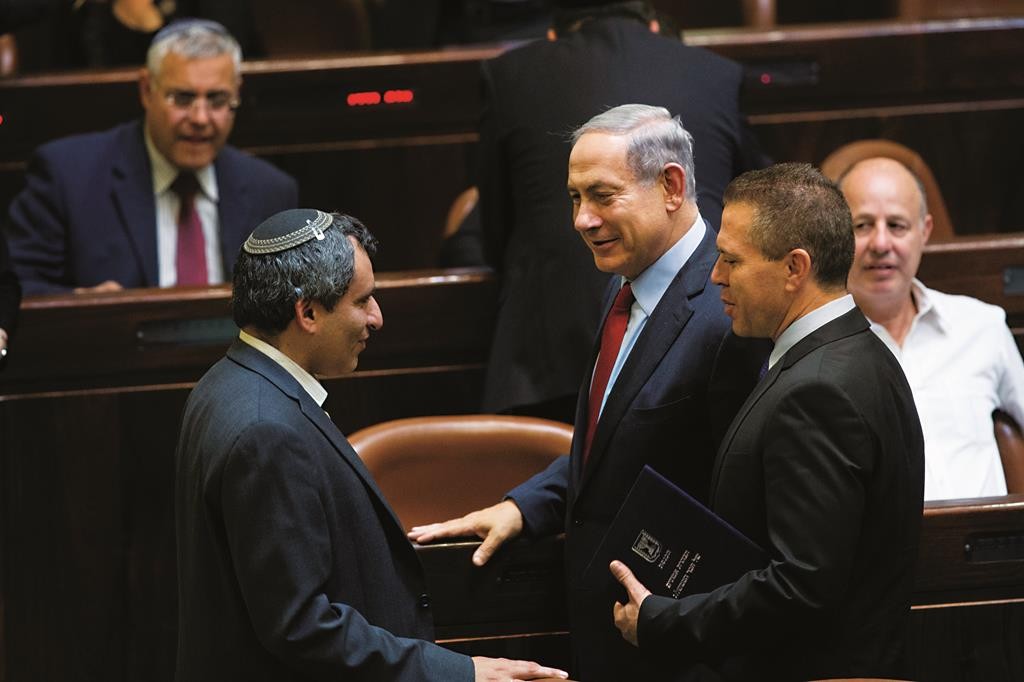 “Yerushalayim is not a consolation prize for anyone,” declared mayor Nir Barkat angrily, in reaction to reports that Likud MK Zeev Elkin will be named Minister of Yerushalayim Affairs, as compensation for losing the Strategic Affairs Ministry to Public Security Minister Gilad Erdan.

Prime Minister Binyamin Netanyahu reportedly persuaded Erdan, a top Likud member, to join the government by giving him an expanded security portfolio, a seat on the security cabinet and Elkin’s spot at Strategic Affairs.

“The decision to form the Yerushalayim Affairs Ministry anew was made against my wishes and contradicts the prime minister’s promise and the cabinet decision made on Yerushalayim Day, that the Prime Minister’s Office would be in charge of advancing the city in partnership with the mayor’s office,” Barkat said.

“It would be unfortunate if narrow political considerations result in public funds being wasted on unnecessary bureaucracy,” he added.

Barkat’s was only one of the voices raised in criticism of Netanyahu’s round of ministerial appointments in recent days.

Opposition leader Isaac Herzog called it “a show of musical chairs” and called on Finance Minister Moshe Kahlon to quit.

“You don’t have to take part in this circus,” Herzog said, addressing his remarks to Kahlon at the Zionist Camp faction meeting. “Take responsibility and stop the farce that harms everyone in Israel.”

Changes in personnel at the Foreign Ministry were also called into question. The shakeup has left ministry staff “confused,” and “despairing,” according to Israel Radio on Tuesday morning.

Former Foreign Minister Avigdor Lieberman has been succeeded by a presidium of officials whose various responsibilities are not entirely clear, even among themselves.

As it now stands, Netanyahu himself is Foreign Minister, Tzipi Hotovely deputy foreign minister, Silvan Shalom, the interior minister, is in charge of U.S.-Israel relations and Israeli-Palestinian negotiations, Minister Yuval Steinitz minister of national infrastructure was also given charge of Iran-related issues.

Last week, Shalom, a former foreign minister, claimed in private conversation that Netanyahu had designated him the unofficial head of the ministry, according to Ynet, which contradicted Hotovely’s claim to be in charge.

Erdan, who among others, wanted to be Foreign Minister, stated on Tuesday that he too will have a hand in foreign policy matters.

“As part of my job, I will take on anti-Israel activities in the international arena such as attempts to attack us in the International Criminal Court,” Erdan said.

To add to the turmoil, on Monday, the director-general of the Foreign Ministry, Nissim Ben-Shitrit, was replaced with long-time Netanyahu confidant Dore Gold.

While change of personnel is par for the course when a new government takes over, some opposition members were painting it as a criminal activity.

Zionist Camp MK Yoel Hasson stated: “The Prime Minister’s Office dismissals are beheadings. Netanyahu is involved in targeted and effective assassinations of the foreign and communications ministries for the benefit of those who speak ‘Netanyahu’s language,’ so that they will maintain his leadership and serve as his long and oppressing arm.”

MK Ofer Shelah (Yesh Atid) said that he plans to submit a bill to clarify the powers and responsibilities of the Foreign Ministry.

“The ministry, which once carried prestige and honor, became in the hands of [Prime Minister Netanyahu] a bank of spare parts for frustrated ministers,” Shelah said.

“Everyone received part of the ministry, essentially receiving nothing,” Shelah added. “It seems that when there is no foreign policy we do not have a foreign minister.”