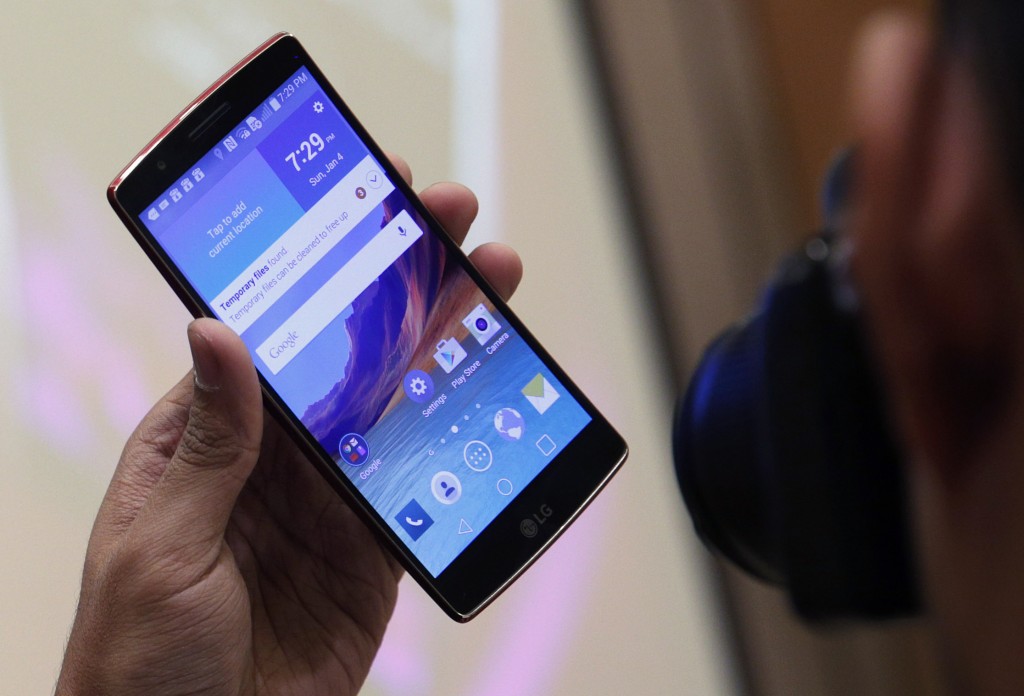 For those not satisfied with just a premium phone, Samsung and LG are offering two models best described as the Lamborghinis of smartphones.

You’re already getting a lot with flagship phones from those two companies. For about $100 more, you can get a super-charged experience. Not everyone’s going to want or need this, but here’s what you get:

The regular Galaxy S6 offers a rich experience: a high-resolution screen with vivid colors, a fingerprint ID sensor to replace passcodes, a heart-rate sensor to track fitness and Samsung’s best smartphone camera yet.

The Edge version offers all that plus a screen that curves around the left and right edges. The phone looks and feels nicer as a result, and the side display offers these capabilities:

– When it’s face-down during meetings, the phone will light up on the side when a call or message comes in. You can assign your top five contacts different colors – everyone else gets white – so you can gauge whether to interrupt a meeting.

– If the call isn’t urgent, you can tap on the heart-rate sensor to send the call to voicemail. A text message is also sent to let the caller know you’re busy.

– The side edge can also display headlines and other information, but mostly limited to Yahoo and Twitter. During evening hours, the side display can turn into a nightstand clock.

The Edge’s battery capacity is slightly higher than the regular S6’s, but the extra price you pay is mostly for a better look. Depending on the carrier, the Edge costs $700 to $815 in the U.S. without a contract. By contrast, the regular S6 costs $600 to $685.

The G Flex2 is curved, too – but not around the sides to offer notification lights and information. Rather, the whole phone is slightly curved inward from top to bottom, as though you’ve gently bent it. That’s supposed to give it a better fit around your head when making calls, similar to those old flip phones or landline handsets. Of course, many people don’t use phones for calls anymore, so that’s not going to appeal to everyone.

So forget about the flex in the name. The more impressive feature is LG’s “self-healing” technology. Keys and other sharp objects will inevitably scratch phones. The Flex2’s back has tiny bubbles that burst open when scratched to fill in those scratches like paint. Deeper scratches didn’t disappear completely in my testing, but this technology does a good job of making the phone look and feel smooth after such abuse.

You can ditch those bulky protective cases, though self-healing doesn’t mean full protection. The screen itself is still prone to scratches and cracks, as with any other phone, though LG says a special chemical layer makes the screen more durable.

Coming soon is an update to LG’s flagship phone, G4. The screen is slightly curved, too, but not as extensively as the Flex2. It won’t have the self-healing technology, though, as LG is using materials – leather, metal or ceramic – that won’t be as prone to scratches. The G4 will also have a better camera than its predecessors, including the Flex2.

The G Flex costs $504 through Sprint and $709 through AT&T. Prices for the G4 haven’t been announced yet, but high-end phones typically go for $600 to $650. The leather version might even cost more. If you’re with Sprint, you’re likely getting a great deal with a super-premium model.

The regular S6 and G4 models will be fine for most people. The extra features are neat, but not essential. Better to spend the extra money on more memory to store photos and video taken with the improved cameras.