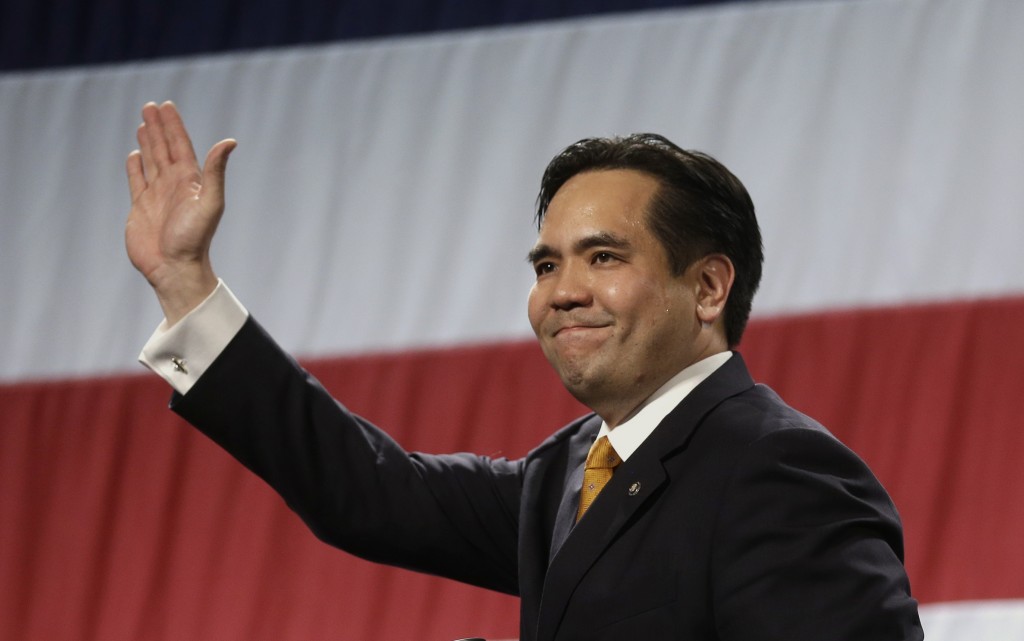 Utah Attorney General Sean Reyes accepted a $5,000 campaign donation from a contact-lens seller based in the state after his office began defending a new law that critics say was written at the company’s behest.

Three of the nation’s biggest contact-lens makers are suing Utah over the law, which bans price-fixing for lenses and could have wide-ranging implications for the industry. They argue it is unconstitutional and was written to benefit discount retailers like 1-800 Contacts.

On May 1, Reyes’s campaign deposited a $5,000 check from 1-800 Contacts, which by that time had joined the lawsuit in favor of the law.

Reyes campaign consultant Alan Crooks said the check was part of a Park City ski fundraiser that the Republican attorney general held in early March. Suggested contributions for attendees were around $5,000.

The company wrote its check weeks later, on April 7. Reyes’s campaign didn’t pick it up until sometime after that, Crooks said.

Crooks said 1-800 Contacts has given several donations to Reyes in the past, and the attorney general’s office is constitutionally obligated to defend any laws that are passed.

Reyes made public trust in the office a major thread of his campaign after his predecessor resigned in 2013 amid allegations of shady dealings with businessmen.

In a statement sent by Crooks, Reyes said his campaign carefully scrutinizes all donations.

“In no way do any donations, no matter the amount, have any bearing on policy or case decisions in the Utah AG office, and they never will,” Reyes said.

Roy Montclair, interim general counsel for 1-800 Contacts, said in a statement that the company supports state and local officials around the country, including Reyes.

The donation in question was consistent with the company’s prior practices, and it preceded the lawsuit over contact-lens pricing, Montclair noted.

Josh Kanter, board president of the left-leaning, good-government group Alliance for a Better Utah, said Reyes should return the donation no matter if the company is a new or longtime donor.

“They, at that moment in time, are doing something which could be perceived as attempting to influence the office of the attorney general,” Kanter said. “That perception alone is enough to say, ‘I shouldn’t accept this donation.’ ”

Reyes vowed to restore trust in the office after former Attorney General John Swallow resigned amid accusations that he and his predecessor, Mark Shurtleff, accepted donations and favors from businessmen in trouble with regulators.

In April 2014, Reyes pledged to avoid campaign donations that could create a conflict of interest with the attorney general’s office. He wouldn’t specify industries or companies, saying he didn’t want to insinuate they were doing anything illegal or unethical.

Crooks said this week that the campaign turns down donations from the gambling industry, payday lenders or individuals linked to allegations surrounding Shurtleff and Swallow.

Last year, 1-800 Contacts reported making $90,000 in campaign donations, including $10,000 to Utah Gov. Gary Herbert, another $5,000 to Reyes and thousands more to Republican and Democratic Party groups and officials.

The company has not filed a donation disclosure report for this year and is not required to do so until Sept. 30.