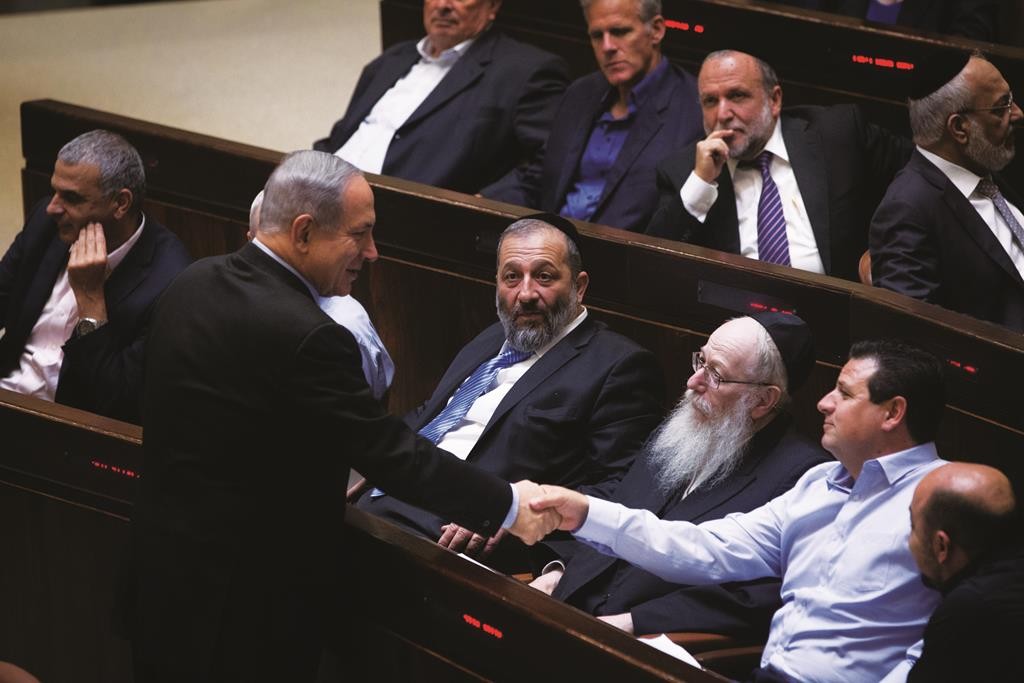 Israeli Prime Minister Binyamin Netanyahu’s first meeting with Joint List chairman Aiman Odeh on Thursday appeared to be one of clashing agendas: the prime minister sought reconciliation, while the Arab leader was still seething over the anti-Arab election day remarks.

Netanyahu proposed that ministers of his government and the Arab Knesset members sit down together to formulate a socio-economic program to improve life for Israel’s largest minority, according to The Jerusalem Post.

But when Odeh emerged from the meeting, he was focused on Election Day, when Netanyahu made a speech warning that Arab voters were being bused en masse to the polls.

“I am coming out of a meeting with the prime minister that was not straightforward,” Odeh said.

“I came here with a great responsibility as the person who represents the largest minority in Israel, a minority that the prime minister chose as a shameful election tactic to incite against. It cannot be that a prime minister speaks out against citizens who vote,” Oded said.

Netanyahu has tried since then to smooth things over with the Arabs and others who were offended — Thursday’s meeting was reportedly at his initiative — but without much success. When Netanyahu presented his government to the Knesset earlier in the week, the Arab MKs heckled him from the outset and staged a walkout.

However, Odeh did say that besides that issue, it was a working meeting in which such issues as housing and unemployment were discussed.

Prior to the meeting, Yisrael Beitenu chairman Avigdor Lieberman called on Netanyahu to cancel, saying that “the prime minister’s meeting with Odeh, one of the vehement opponents of Israel as the state of the Jewish people, legitimizes the forces that work to destroy Israel from the inside and condones the fifth column in the Knesset,” he said.

Despite all the criticism, he said that, on the contrary, Netanyahu was right, that his election day warning was “justified since hostile elements, headed by the Palestinian Authority, were using their official media to encourage Israeli Arabs to go and vote for the Joint Arab List.”

“Odeh has refused to dissociate himself from the words of the Joint Arab List’s propaganda chief who compared Zionism to ISIS and refused to define Hamas as a terrorist organization, legitimizing and backing its actions,” Lieberman noted.