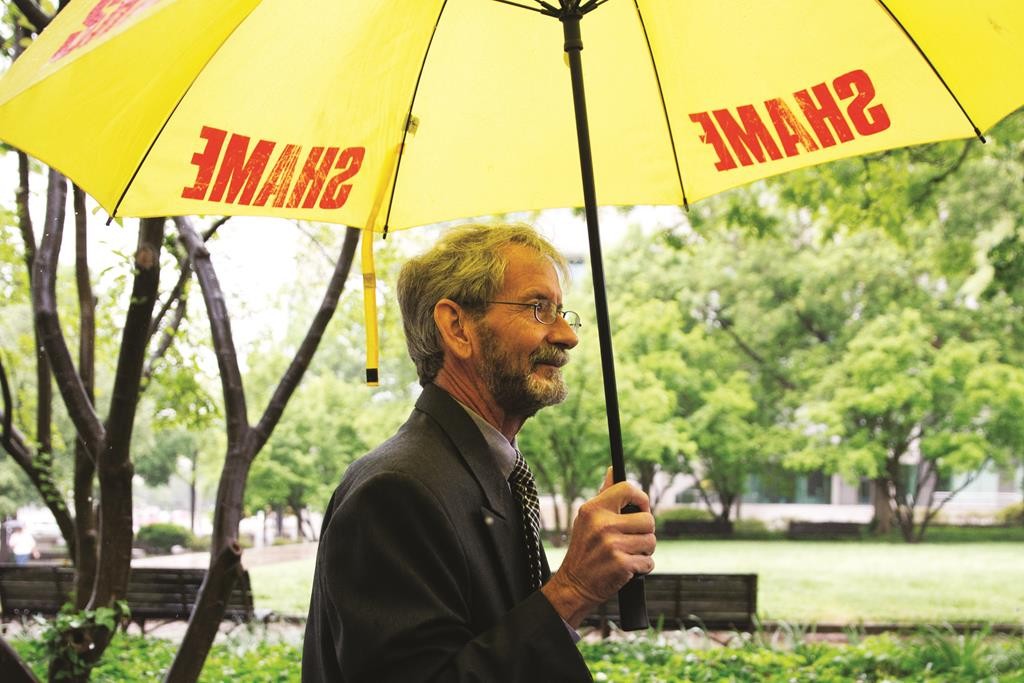 A Florida man who landed a gyrocopter at the U.S. Capitol said Thursday that he will never pull a similar stunt again — and doesn’t recommend anyone else try it either.

Douglas Hughes made the comments after appearing in federal court in Washington where his lawyer entered a not-guilty plea to the six charges Hughes now faces.

Speaking outside of court, Hughes said he wouldn’t change anything about his April 15 flight in the bare-bones aircraft, but that he wouldn’t be repeating it.

“Let me be clear. I’ll never do anything like this again,” said Hughes, who has said his flight was intended to call attention to the influence of big money in politics.

Hughes, 61, began his flight in Pennsylvania and flew through some of the nation’s most restricted airspace before landing on the Capitol’s West Lawn, where he was arrested.

On Wednesday, a grand jury indicted him on charges that carry up to 9 1/2 years in prison. The charges Hughes now faces include two felonies: operating as an airman without an airman’s certificate and violating aircraft registration requirements. Those charges carry a maximum of three years in prison. He also faces three misdemeanor offenses of violating national defense airspace, each carrying a maximum of one year in prison.

Hughes, who had been employed by the U.S. Postal Service and lives in Ruskin, Florida, also faces a misdemeanor charge of operating a vehicle falsely labeled as a postal carrier, a charge that carries a statutory maximum of six months in prison. The tail section of Hughes’ gyrocopter carried a Postal Service logo, and Hughes was carrying letters for each member of Congress.