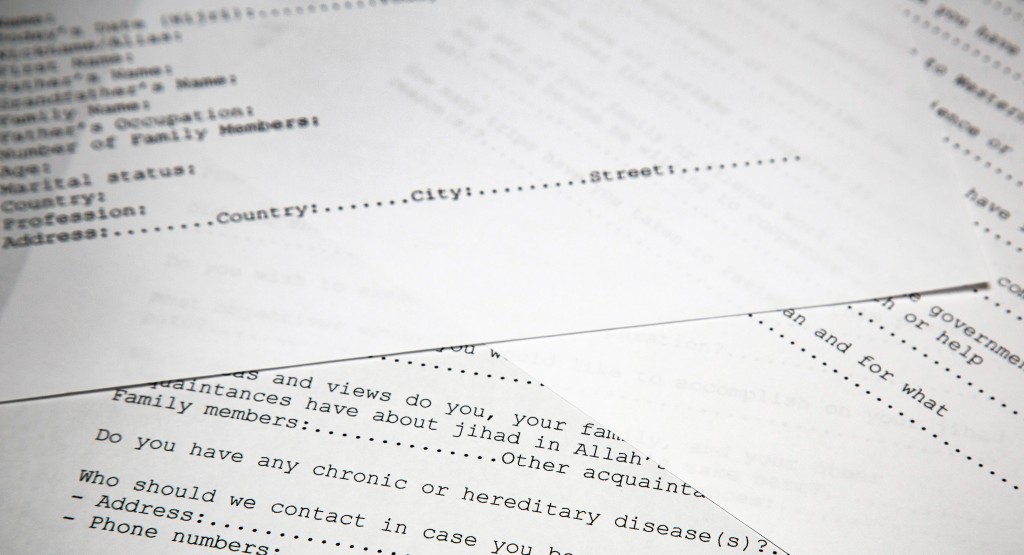 Osama bin Laden was fixated on attacking U.S. targets and pressured al-Qaida groups to heal local rivalries and focus on that cause, according to documents the United States says were seized in his hideout in Pakistan and released on Wednesday.

The documents published by U.S. intelligence also contained details of purported negotiations between al- Qaida, its allies in the Pakistani Taliban and representatives of Pakistani intelligence, and what seemed to be an al-Qaida job application.

A July 2010 letter showed that bin Laden pressed al-Qaida in Yemen, one of the group’s more active affiliates, to make peace with the government and focus on America.

“The purpose is to focus on striking inside America and its interest abroad, especially oil-producing countries, to agitate public opinion and to force U.S. to withdraw from Afghanistan and Iraq,” according to a summary of the letter by a bin Laden associate identified as “Atiyyah.”

The documents released by the Office of the Director of National Intelligence were part of a cache seized by U.S. commandos who conducted the May 2011 raid on bin Laden’s house in Abbottabad, Pakistan, when bin Laden was killed.

A document of several pages, which the United States says was printed on stationery carrying a watermark that read “The Security Committee — al Qaida Organization,” appeared to be a blank job application form for would-be al-Qaida members.

It said applicants should “please answer the required information accurate and truthfully,” and “please write clearly and legibly.”

It asked when an applicant had arrived “in the land of Jihad,” how much of the Koran they had memorized, which sheikhs or Muslim dignitaries they knew, which countries they had visited, how many passports they possessed and whether they were interested in carrying out a “suicide operation.”

There were also English-language books about Islam and copies of many American media articles, including “Is al-Qaida Just Bush’s Boogeyman?” from the Los Angeles Times in January 2005, and a piece in Newsweek magazine “on hawks and doves on Iraq within the Bush Administration.”