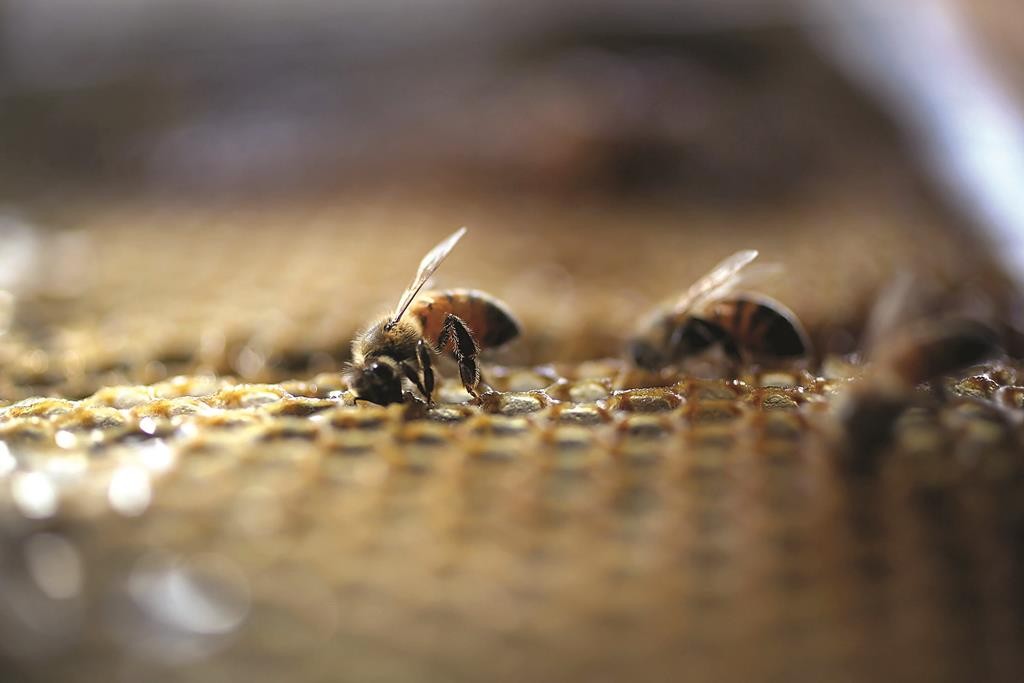 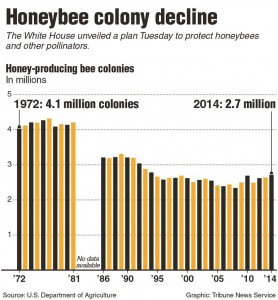 The Obama administration hopes to save the bees by feeding them better.

A new federal plan aims to reverse America’s declining honeybee and monarch butterfly populations by making millions of acres of federal land more bee-friendly, spending millions of dollars more on research and considering the use of fewer pesticides.

While putting different type of landscapes along highways, federal housing projects and elsewhere may not sound like much in terms of action, several bee scientists told the Associated Press that this is a huge move. They say it may help pollinators that are starving because so much of the American landscape has been converted to lawns and corn that don’t provide foraging areas for bees.

“This is the first time I’ve seen addressed the issue that there’s nothing for pollinators to eat,” said University of Illinois entomologist May Berenbaum, who buttonholed President Barack Obama about bees when she received her National Medal of Science award last November. “I think it’s brilliant.”

Environmental activists who wanted a ban on a much-criticized class of pesticide said the Obama administration’s bee strategy falls way short of what’s needed to save the hives.

Scientists say bees — crucial to pollinate many crops — have been hurt by a combination of declining nutrition, mites, disease, and pesticides. The federal plan is an “all hands on deck” strategy that calls on everyone from federal bureaucrats to citizens to do what they can to save bees, which provide more than $15 billion in value to the U.S. economy, according to White House science adviser John Holdren.

The plan calls for restoring 7 million acres of bee habitat in the next five years. Numerous federal agencies will have to find ways to grow plants on federal lands that are more varied and better for bees to eat because scientists have worried that large land tracts that grow only one crop have hurt bee nutrition.

The plan is not just for the Department of Interior, which has vast areas of land under its control. Agencies that wouldn’t normally be thought of, such as Housing and Urban Development and the Department of Transportation, will have to include bee-friendly landscaping on their properties and in grant-making.