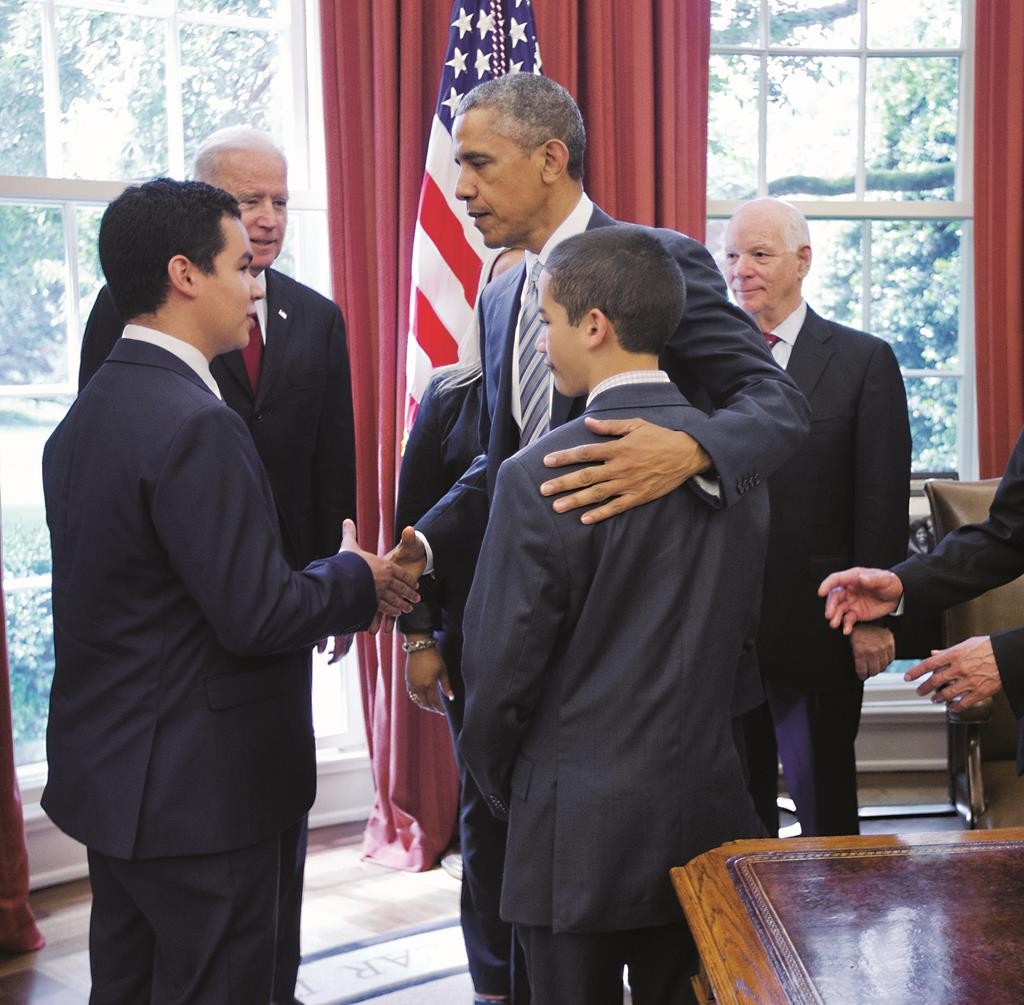 President Barack Obama on Tuesday signed into law a measure to create a nationwide alert system to help catch anyone who hurts, kills or makes credible threats against police officers.

The new system would be similar to the Amber Alerts used to find abducted children.

The bill is named for New York City police officers Rafael Ramos and Wenjian Liu, who were shot in Brooklyn in December by an anti-police protester. Families of the slain officers were on hand to see Obama sign the bill in the Oval Office.

“On behalf of all New Yorkers,” Mayor Bill de Blasio said in a statement, “I want to thank President Obama for signing the Rafael Ramos and Wenjian Liu National Blue Alert Act into law today. … This alert system will help fulfill our unwavering responsibility to protect our police officers.”