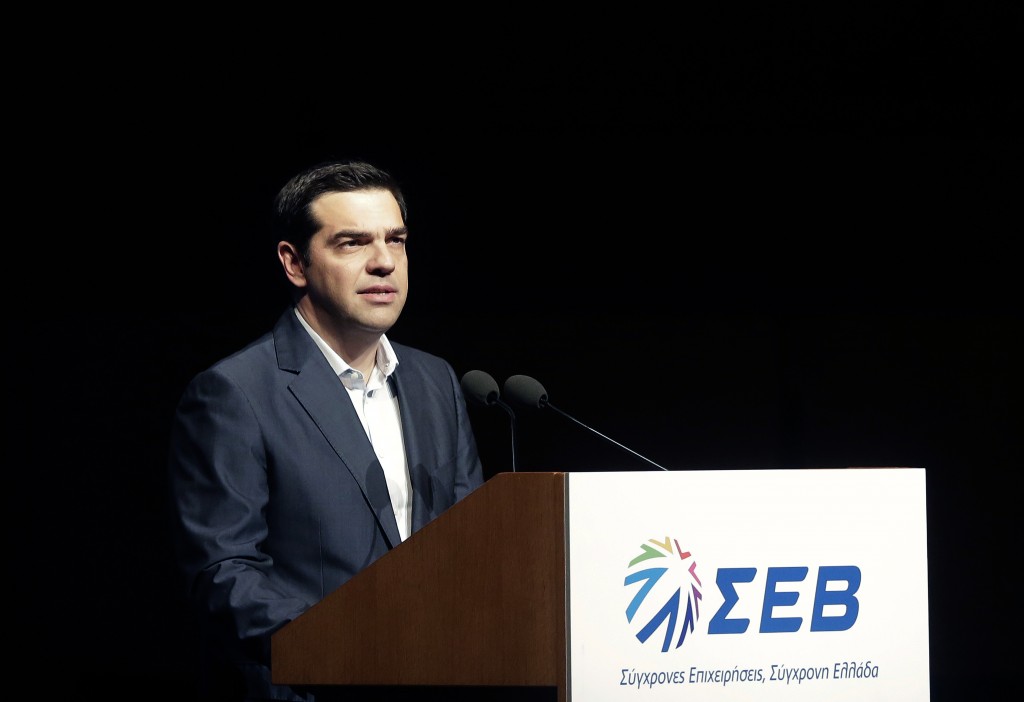 Greek Finance Minister Yanis Varoufakis said Monday that he expects an agreement with bailout creditors within the next week, which would save the cash-strapped country from fast-approaching bankruptcy.

“I think we are very close,” Varoufakis said. “Let’s say (it’s a matter) of about a week.”

For almost four months, Greece’s far-left-led government has been haggling with its creditors from the 19-country eurozone and International Monetary Fund over economic reforms it must make to secure a 7.2-billion-euro ($8 billion) cash injection.

That is the final payment due from the country’s 240-billion-euro bailout program, launched five years ago after Greece’s public finances spiraled out of control and it was locked out of international bond markets.

In a late-night interview with private Star media, Varoufakis said creditors also appear to believe that the time is ripe for a deal. But he insisted that he would reject any compromise that the Athens government considers to be “non-viable.”

Earlier, Prime Minister Alexis Tsipras said the country has tabled detailed proposals for a viable deal. But he warned that Greece is in a state of “financial strangulation.”

Over the past few weeks, Greece has survived by scraping together cash from reserve accounts to pay debts as well as day-to-day commitments like wages and pensions.

However, Athens admits it is running out of options as further debt repayments come due next month. If no deal is agreed to, Tsipras’s government may be faced with a choice of what to pay, imposing capital controls and even leaving the euro.

“I assure you that if we face a dilemma between paying a creditor who refuses to sign an agreement with us and a pensioner, we will pay the pensioner,” Varoufakis said. “I hope we will be able to pay both.”

“The lack of liquidity is neither the choice nor the responsibility of the Greek government,” he said. “It is a tough negotiating tactic of our partners, and I do not know whether everybody in Europe feels proud of it.”

Government spokesman Gabriel Sakellaridis said that to honor its debt obligations this summer, Greece needs more financial assistance. As a result, Sakellaridis expects a deal with creditors “by the end of May.”

Markets appear to be uncertain about how the latest episode in the Greek debt crisis will pan out. Though uncertainty over Greece caused the interest rate on the government’s two-year bonds – a gauge of default risk – to surge about 3 percentage points on Monday to above 24 percent, the Athens Stock Exchange closed 1.6 percent higher.

In the talks, Athens is proposing reform measures that may protect Greeks hammered by a six-year recession, but lenders say the proposals are too vague.

Varoufakis said the main sticking points include demanded pension and labor reforms, as well as the height of the primary budget surplus – which excludes the cost of servicing Greece’s huge debt – in coming years.

Athens has already pooled cash reserves from schools, hospitals and local government to fund the state’s debt payments. And Sakellaridis confirmed that the government this month used a reserve account with money in a currency unit used by the IMF to repay a loan to the Fund.

Sakellaridis also insisted Greece would not accept a one-off bank deposit levy to resolve the cash crisis – a similar measure had been used in eurozone-member Cyprus two years ago.

In Spain, meanwhile, the country’s conservative economy minister said he was confident an agreement will be reached in the coming days.

Speaking at a business breakfast Monday, Luis de Guindos said an agreement was imperative given Greece’s financial difficulties. He said he was not aware of any alternative emergency plan should an accord not be reached.