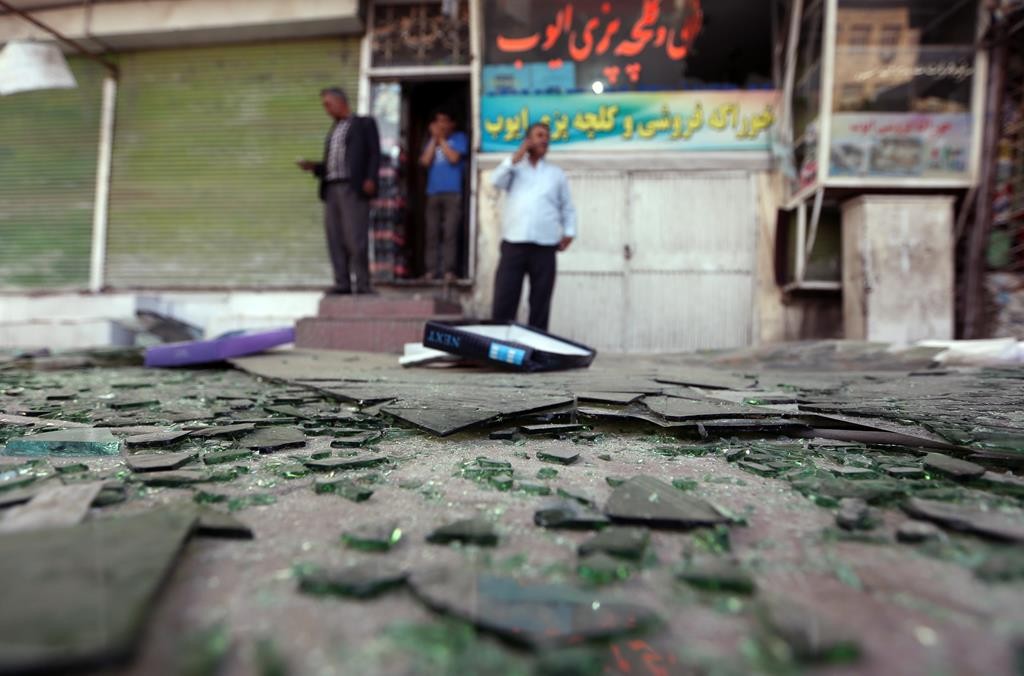 A car bomb exploded in the parking lot of Afghanistan’s Ministry of Justice on Tuesday, killing at least five people and wounding dozens as civil servants in Kabul were leaving work for the day, officials said.

The Taliban claimed responsibility for the third attack targeting justice system employees this month, saying the insurgents would continue to kill “slave” judges and prosecutors.

The huge explosion sent black smoke billowing above the city and was strong enough to rattle windows several kilometers away in Kabul’s diplomatic district. Police said the suicide bomber detonated a car laden with explosives.

Taliban spokesman Zabihullah Mujahid said the insurgents considered Afghan courts a tool of the U.S.-backed Afghan government and accused them of conspiring in mistreatment of detainees.

“Based on this, the slave administration prosecutors, judges and personal [sic] of Ministry of Justice have been our target, and our attacks will continue while their cruel activities continues,” Mujahid said in an emailed statement.

The Taliban had already attacked employees of Afghanistan’s justice system twice this month. It was also the fifth major attack to hit the Afghan capital in a little over two weeks, coinciding with a new insurgent offensive across the country.

The Taliban have ramped up attacks across the country since they announced a new offensive last month and have been hitting Kabul hard.

On Sunday, a suicide car bomber rammed a convoy of the European Union Police Mission in Afghanistan, killing two Afghan civilians and a British security contractor.