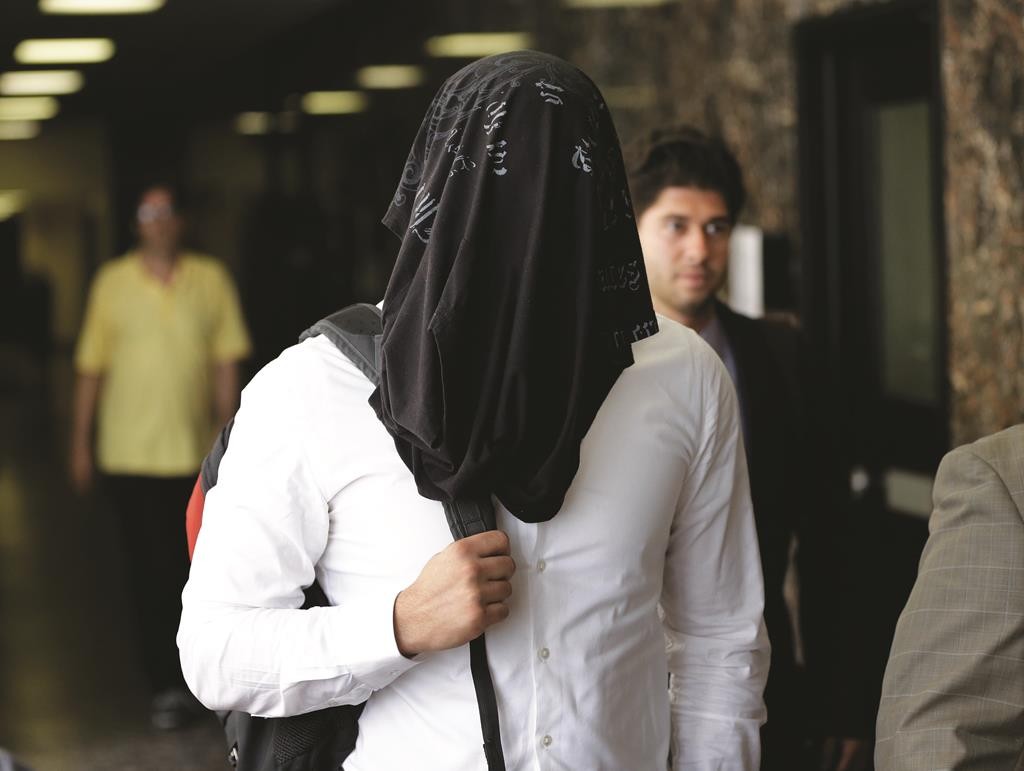 An SUV driver who was beaten bloody by a group of angry motorcyclists after he’d run a biker over wept as he testified Monday that he was scared to death during the melee.

“Complete fear. For my life, for my wife’s, for my daughter’s,” Alexian Lien told a judge, speaking at length for the first time publicly about the September 2013 fracas.

Lien was testifying at the trial of undercover detective Wojciech Braszczok and co-defendant Robert Sims, who are charged with assault and other crimes following a motorcycle gang that devolved into pandemonium and became a highway horror story to millions who saw a helmet-camera video posted online.

Braszczok, who was off-duty when he participated in the rally gone wrong, was accused by Assistant District Attorney Joshua Steinglass of failing to act as a police officer. Braszczok reached into a broken window on the SUV, then stood by and eventually drove off as others pulled Lien from the car and attacked him, prosecutors said.

“Not only did he fail to protect and serve, he cast his lot in with the assailants,” Steinglass said.

Defense attorney John Arlia said Braszczok was acting as a cop afraid of blowing his deep cover. He denied Braszczok took part in any assault. Braszczok should have told his colleagues that he’d seen the assault, but he was afraid of losing his job, Arlia said.

“But that does not make him a criminal,” he said.

Eleven men were indicted after the melee; the others have pleaded guilty to charges including assault and riot and face sentences of probation to two years in prison.

On the witness stand, Lien said he, his wife and their toddler were headed to New Jersey for some shopping for the couple’s anniversary. But when they hit Manhattan’s West Side Highway in their blue Range Rover, they crossed paths with hundreds of bikers. Some were popping wheelies and slapping the tops of cars they passed.

One motorcyclist tried to block other cars from going north to allow the bikes to pass, but Lien said he was “annoyed” and wanted to get on with his day, so he kept driving. As the bikes whizzed by, his wife tossed a half-eaten plum and later a water bottle at the bikers, he said.

Tensions rose. A motorcyclist knocked off his rear-view mirror, and Lien was eventually forced to a stop as some bikers got off their motorcycles and approached his car.

“And as they’re around my car, I feel it being hit, being kicked,” he said. “I’m horrified at this point, and I recall asking my wife, ‘What do I do? What do I do?’” he recounted through tears.

He said he knew he had hit someone. “But I just wanted to escape the situation,” he said.

Bikers followed him off the highway, eventually pulling him from the SUV and attacking him.

Lien needed at least 20 stitches on his face and suffered some permanent, visible scarring, Steinglass said.

Lien was not charged. The biker Lien hit, Edwin Mieses, was paralyzed.