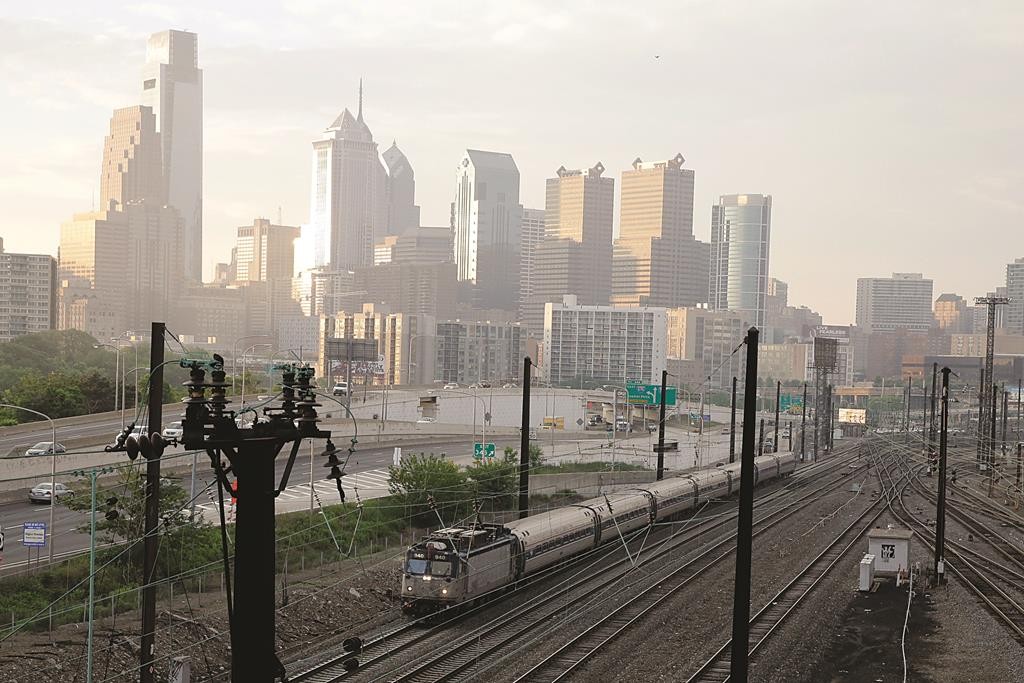 Amtrak trains began rolling again between Philadelphia and New York on Monday, the first time since a derailment almost a week ago killed eight people and injured more than 200 others.

Amtrak resumed service with a 5:30 a.m. southbound train leaving New York City. The first northbound train, scheduled to leave Philadelphia at 5:53 a.m., was delayed and pulled out of 30th Street Station at 6:07 a.m. Both trains arrived at their destinations about 30 minutes behind schedule.

About 60 people boarded the New York-bound train in Philadelphia, including two dozen reporters and photographers. Mayor Michael Nutter was on hand to see the train.

All Acela Express, Northeast Regional and other services also resumed.

Amtrak officials said Sunday trains along the Northeast Corridor from Washington to Boston would return to service in “complete compliance” with federal safety orders. Almost 20 people injured in the train crash remain in hospitals, five in critical condition. All are expected to survive.

Lawyers for four passengers announced lawsuits against Amtrak on Monday.

They include two cousins from Spain — one of whom nearly lost an arm — and a Brooklyn advertising executive who broke ribs, tore knee ligaments and lost teeth but staggered to help people before collapsing and being carried away on a gurney, lawyers said.

Sen. Bill Nelson (D-Fla.) introduced legislation Monday that would increase the cap from $200 million to $500 million on damages Amtrak could be forced to pay from lawsuits.

Amtrak has said it does not comment on lawsuits.

Investigators with the National Transportation Safety Board have focused on the acceleration of the train as it approached the curve, finally reaching 106 mph as it entered a 50 mph stretch and managing to slow down only slightly before the crash.

Federal investigators say they aren’t sure anything struck the windshield of the Amtrak train involved in last week’s deadly derailment in Philadelphia.

The National Transportation Safety Board says an assistant conductor told investigators she heard the Amtrak engineer talking to a regional rail train engineer, and both said their trains had been hit.

Investigators say dispatch tapes didn’t have any communication from the Amtrak engineer reporting that his train had been struck.