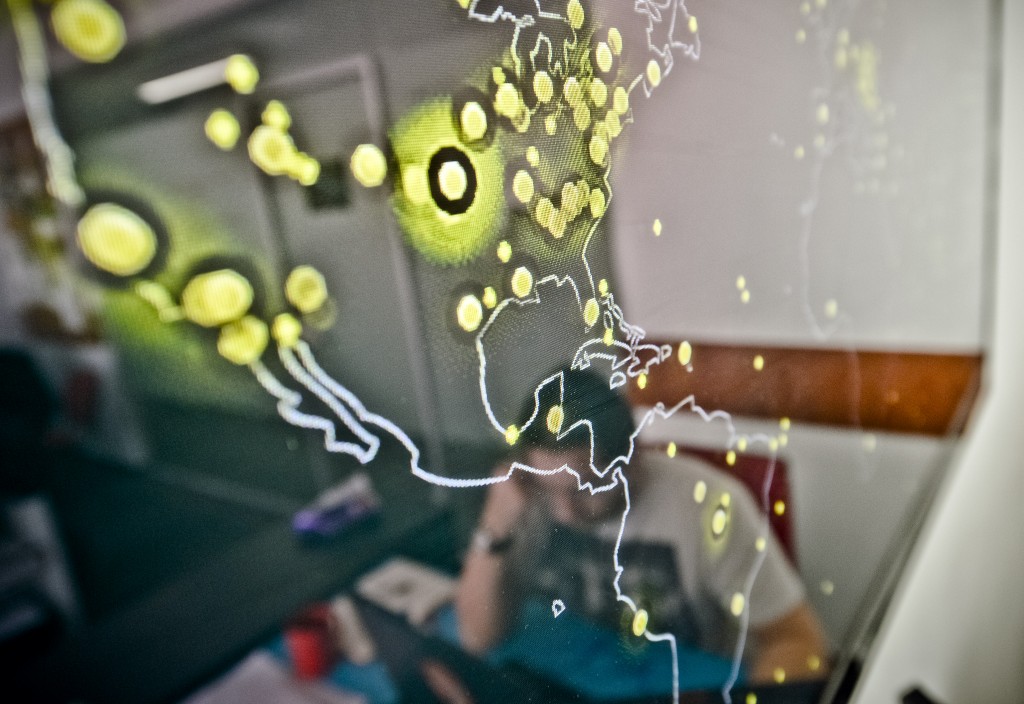 Ukraine is turning to an unlikely partner in its struggle to defend itself against Russian cyberwarfare: Romania.

The eastern European country known more for economic disarray than technological prowess has become one of the leading nations in Europe in the fight against hacking. The reason: the country’s own battle against internet renegades and a legacy of computing excellence stemming from Communist dictator Nicolae Ceausescu’s regime.

Both historic twists have ironically turned Romanian cyber sleuths into some of Europe’s best. So much so that NATO tapped Bucharest to defend Ukraine from Russian digital espionage by sending experts to monitor Kiev government institutes and train Ukrainian IT specialists.

Ukraine says Russia’s Federal Security Service is coordinating attacks on government offices as part of a proxy war against Ukraine’s government, amid real fighting between Ukrainian forces and pro-Russian rebels in the east. Ukrainian security operatives say that, with Romania’s help, they have foiled attempts to spread malicious software intended to disable the government’s computer network or steal intelligence.

At NATO’s summit last year in Wales, President Barack Obama and other leaders decided to create five “trust funds” – or narrowly focused programs funded by NATO member counties that are meant to help Ukraine reform and modernize its defense capabilities – including one for cyber defense to help Ukraine’s military modernize.

Romania, a member of NATO’s cyber-coalition exercises, volunteered to lead the Ukraine Cyber Defense Trust Fund, and tapped the state-owned Rasirom company. The alliance notes that Rasirom, the cybersecurity provider for Romania’s top state institutions, has “a rich experience in cyber defense.”

“We are trying to be a regional leader,” Romanian Prime Minister Victor Ponta said in a meeting with foreign media outlets. “That is why Romania … has been appointed by NATO to be in charge of (Ukraine’s) cybersecurity and preventing cyberwarfare.”

Ukraine itself had no say on which country NATO tapped to provide its cybersecurity. But since 2013, it has cooperated with Romania on fighting hacking, phishing and DDoS attacks, which attempt to disable a website by swamping it with traffic.

Europol is also tapping into Romania’s cyber savvy. The European police agency’s chief, Ron Wainright, said 20 percent of Europol’s cyber defense experts are Romanian police officers. “The expertise that Romanian specialists bring in their daily fight against this threat is extraordinary,” he said on a recent visit to Bucharest.

If Romania is a leader in cyber policing today, it can perhaps thank a string of high-profile cases of Romanian hackers attacking the United States in 2011. That year, Romanian cybercriminals stole $1 billion from victims in the U.S., and an unemployed Romanian taxi driver calling himself “Guccifer” hacked the emails of former U.S. Secretary of State Colin Powell and former President George W. Bush. Marcel Lehel Lazar accessed and published private Bush family photos.

The security breaches so alarmed Washington that the FBI launched a program to train 600 Romanian law-enforcement officers on fighting cybercrime.

Last month, Romanian police broke up an alleged cybercrime ring and arrested 25 Romanians. The Directorate for Investigating Organized Crime and Terrorism said that between February and December 2013, a group of 52 Romanians and foreign citizens carried out more than 34,000 fraudulent cash withdrawals in 24 countries, netting more than 15 million euros ($17 million).

The gang targeted banks in Puerto Rico and Oman. Romanian police said the group broke IT firewalls to obtain the details of corporate clients, which were used to clone credit cards.

Romania’s tradition of computer skills dates back to the Communist era, when Ceausescu decided to make engineering and math education priorities at top universities.

Microsoft, Google and Oracle all have businesses in Romania, and there are 93,000 employed in the industry with 6,500 graduating in IT every year, according to Anis, the Romanian software-industry association.

Romanians also have computer success abroad. Gabriel Marcu has worked at Apple since 1996 and is a senior scientist there, responsible for color calibration on all Apple products. In 2008, Razvan Olosu , the former CEO of Nokia Germany, founded Novero, a company making Telematics products for automotive clients, which he ran until 2013.

One industry expert said Romania’s success relies on teaching IT from a young age.