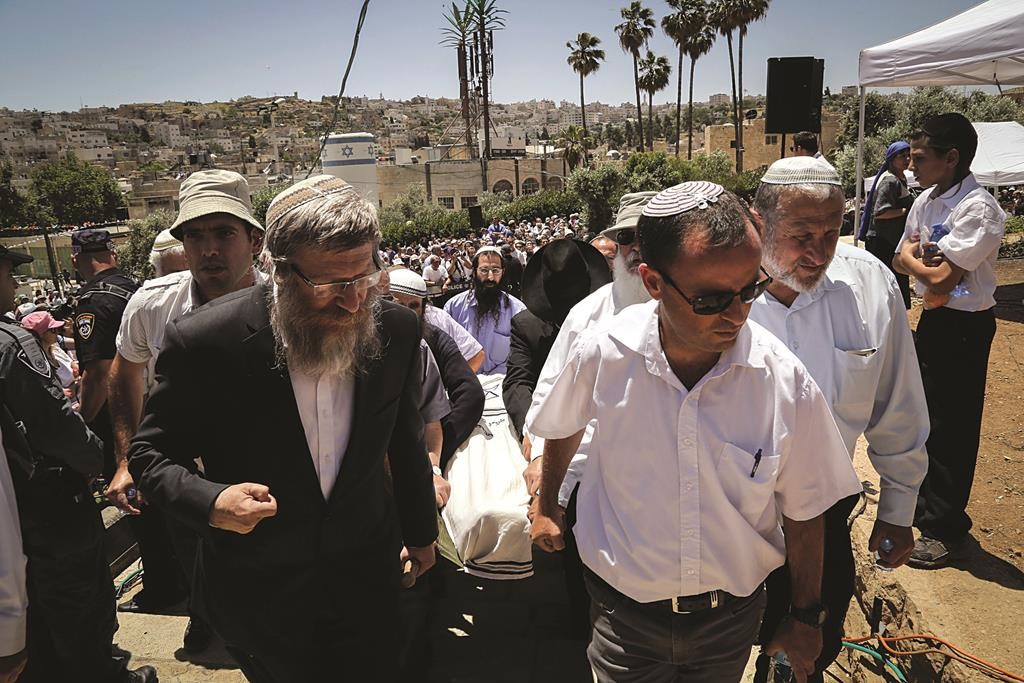 Rabbi Moshe Levinger, z”l, one of the founders of the Gush Emunim movement and a founder of the current Jewish community in Chevron, was laid to rest on Sunday.

“We are gathered here on the day of the liberation of Yerushalayim” began Rabbi Lior, “and a significant part of what we had to do to liberate Yerushalayim is due to Harav Moshe, who drove and worked to liberate [other] parts of our country.”

Rabbi Levinger, who passed away over Shabbos at the age of 80, is survived by his wife Miriam and their 11 children — many of whom have also gone on to play significant roles in the religious-Zionist  community.

His son, Malachi, was elected to head the Kiryat Arba-Chevron Regional Council in 2008, and his daughter Atiah Zar is a children’s author and journalist.

The levayah began at Me’aras Hamachpelah and brought him to rest in Chevron’s ancient cemetery.