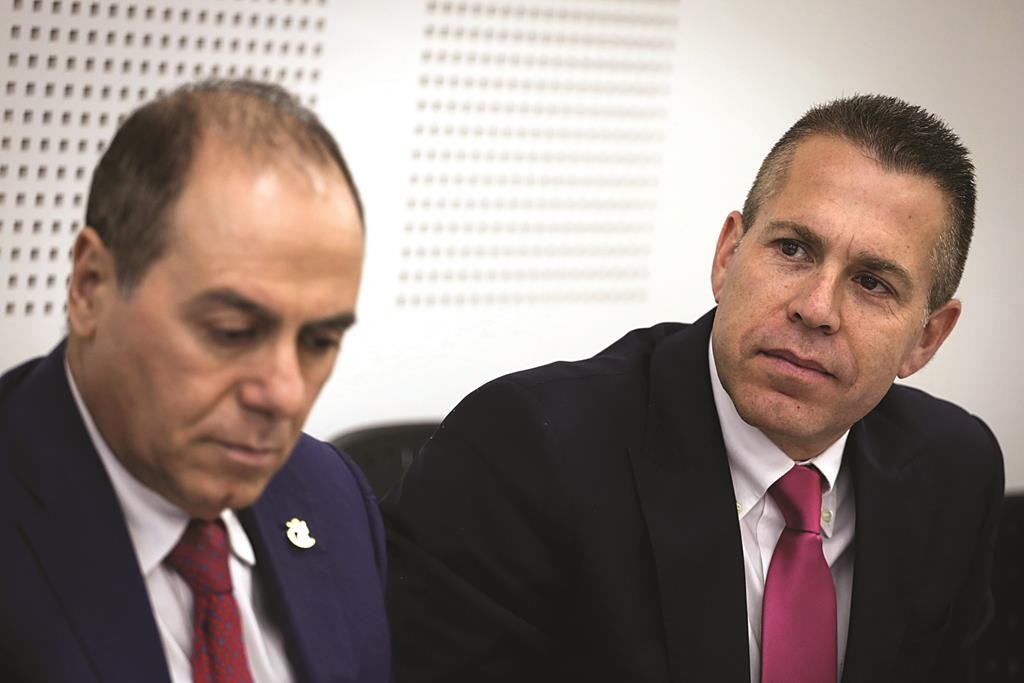 As ministers in the new government of Israel took up their posts on Sunday, concern and criticism was heard about some of Israeli Prime Minister Binyamin Netanyahu’s choices.

The critic with the most clout was not in Yerushalayim but in Camp David, Maryland. President Barack Obama said on Sunday that given the makeup of the Netanyahu government, a “big, overarching deal” with the Palestinians was probably impossible in the near term.

Obama said he believed the two-state option was the best for the long-term security of Israel, but acknowledged the prospect of a peace accord “seems distant now,” noting that a number of members of the new Israeli government did not want a Palestinian state, Reuters reported.

Inside Israel, focus shifted somewhat to the newly-appointed Deputy Foreign Minister Tzipi Hotovely. The right-wing Likud MK, 36, is an outspoken opponent of the bilateral solution.

Netanyahu has taken flack for choosing Hotovely over more moderate possibilities, such as Likud’s Tzachi Hanegbi or Avi Dichter. However, The Jerusalem Post quoted sources close to Netanyahu as saying that he will set foreign policy, not Hotovely.

“The policies will be those of the prime minister as they would be had he appointed a foreign minister who was not himself,” said a source involved in the appointment process.

“Hotovely will implement his policies. She has proven her skills and abilities in the past and she will be a terrific deputy minister.”

Hanegbi, a veteran politician, who was appointed coalition whip and chairman of the Knesset Foreign Affairs and Defense Committee, was not optimistic about the staying power of the coalition.

“It will be very difficult to maintain this coalition for the full four-and-a-half-year term,” he told reporters. “I think everyone understands that. It is possible for it to go the full term, but for that to happen more parties need to join in the coming months.”

Probably the most controversial appointment, though, remained that of Jewish Home party’s Ayelet Shaked as Justice Minister.

In her inaugural speech on Sunday, she sought to counter the image of a right wing radical out to smash Israel’s liberal judiciary, presenting herself instead as an advocate of balance in a democratic system.

“The justice system is a foundation of our existence as a democratic society, I will not be the one to soften its bite,” Shaked said.

“But I will also not allow it to eat away at the legal authority of the legislative and executive branches. We must find the formula for the right balance between the branches.” The High Court’s judicial review of legislation, and instances in recent years in which it has struck down new laws, have outraged right-wing and religious parties.

Since entering Knesset in 2013, Shaked, a 39-year-old former software engineer, has backed a number of controversial bills that would have an impact on the court’s powers.
One bill proposed by Likud and Jewish Home would make it easier for the Knesset to override judicial quashing of a law.

Another seeks to limit the court’s ability to strike down laws by requiring such decisions be considered by a full 15-justice panel.

“She (Shaked) has no majority,” Yossi Beilin, a former Justice Minister from Labor Party, told Army Radio. “My concern that she could take the Israeli justice system back to dark days exists, but it is minor.”

Meanwhile, the Likud No. 2, MK Gilad Erdan, was still on the outside. Erdan had wanted to head the Foreign Ministry, but Netanyahu offered the Public Security portfolio instead.

In an online statement on Friday, Erdan maintained that the prime minister had offered him Public Security but not an adequate budget. “[It] did not give me the necessary tools to impact the real change we need in the Public Security Ministry.”

Erdan, who is the outgoing Interior Minister, gave a parting shot at a changing-of-the-guard ceremony on Sunday afternoon, blasting Netanyahu for agreeing to Finance Minister Moshe Kahlon’s demand to transfer the Building Planning Directorate from Interior to Finance.

“Transferring the Planning Directorate can cause ‘a planning disaster’ that can harm the citizens of the country,” Erdan said. “It will be swallowed by the Finance Ministry whose entire goal and interest is economic.”

Erdan claimed that the decision will undo his efforts to solve the housing shortage.