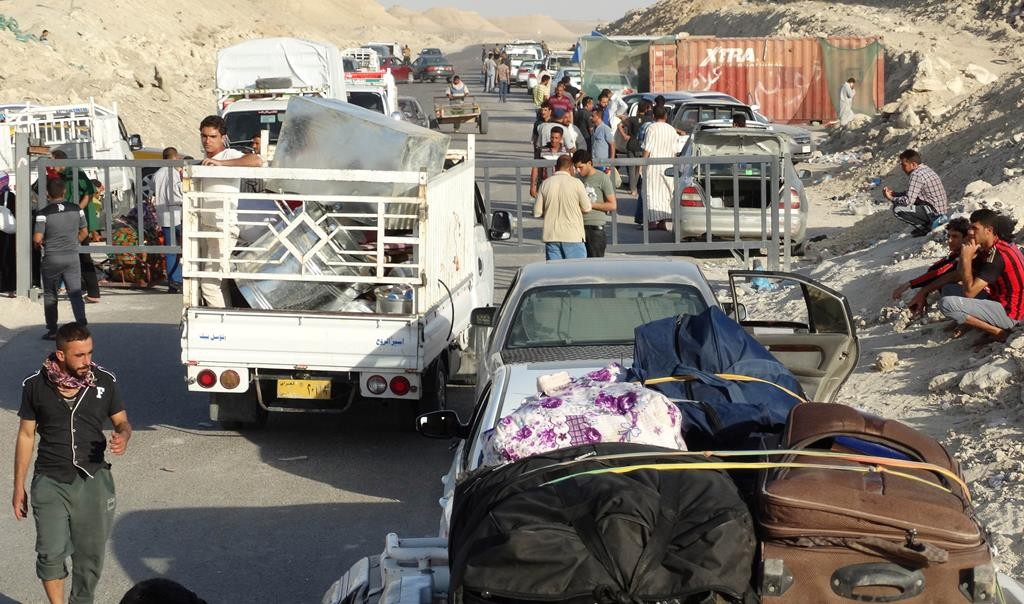 The contested city of Ramadi fell to the Islamic State group on Sunday, as Iraqi forces abandoned their weapons and armored vehicles to flee the provincial capital in a major loss despite intensified U.S.-led airstrikes.

Local officials reported that the Islamic State carried out mass killings of Iraqi security forces and civilians. Online video showed Humvees, trucks and other equipment speeding out of Ramadi, with soldiers gripping onto their sides.

“Ramadi has fallen,” said Muhannad Haimour, a spokesman for the governor of Anbar province. “The city was completely taken … The military is fleeing.”

Sunday’s retreat recalled the collapse of Iraqi security forces last summer in the face of the Islamic State group’s blitz into Iraq that saw it capture a third of the country, where it has declared a caliphate, or Islamic State. It also calls into question the Obama administration’s hopes of relying solely on airstrikes to support the Iraqi forces in expelling the extremists.

The final push by the terrorists began early Sunday with four nearly simultaneous bombings that targeted police officers defending the Malaab district in southern Ramadi, a pocket of the city still under Iraqi government control, killing at least 10 police and wounding 15, authorities said. Among the dead was Col. Muthana al-Jabri, the chief of the Malaab police station, they said.

Later, three suicide bombers drove their explosive-laden cars into the gate of the Anbar Operation Command, the military headquarters for the province, killing at least five soldiers and wounding 12, authorities said.

Backed by U.S.-led airstrikes, Iraqi forces and Kurdish fighters have made gains against the Islamic State group, including capturing the northern city of Tikrit. But progress has been slow in Anbar, a Sunni province where anger at the Shiite-led government runs deep and where U.S. forces struggled for years to beat back a potent insurgency. American soldiers fought some of their bloodiest battles since Vietnam on the streets of Ramadi and Fallujah.

U.S. troops were able to improve security in the province starting in 2006 when powerful tribes and former terrorist turned against al-Qaida in Iraq, a precursor to the Islamic State group, and allied with the Americans.

But the so-called Sunni Awakening movement waned in the years after U.S. troops withdrew at the end of 2011, with the fighters complaining of neglect and distrust from the Shiite-led central government in Baghdad.