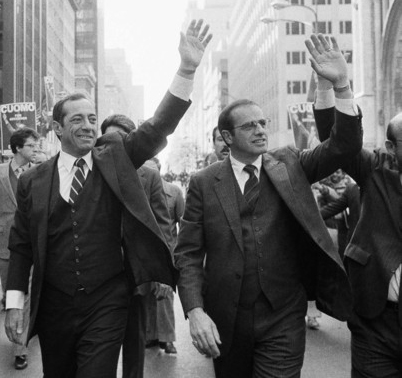 Alfred DelBello, the last New York lieutenant governor to win while the gubernatorial candidate he ran with lost, died on Friday at age 80.

In 1982, New York Mayor Ed Koch ran for governor and chose DelBello as his running mate. Koch lost to Mario Cuomo in the Democratic primary, but DelBello defeated Cuomo’s chosen running mate, Carl McCall. That made for an awkward pairing of Cuomo and DelBello, but they won the election.

Gov. Andrew Cuomo said in a statement that DelBello “demonstrated an enduring commitment to bettering the lives of others.”

DelBello, a Democrat, began his political career on the Yonkers City Council, then became mayor in 1970. He was elected county executive in 1973, becoming the first Democrat to hold the office at a time when Westchester was heavily Republican.

The governor and lieutenant governor were said to have a strained relationship, but DelBello’s resignation in 1985, to go into private business, was a surprise nevertheless. He called it “the most difficult decision of my career.”