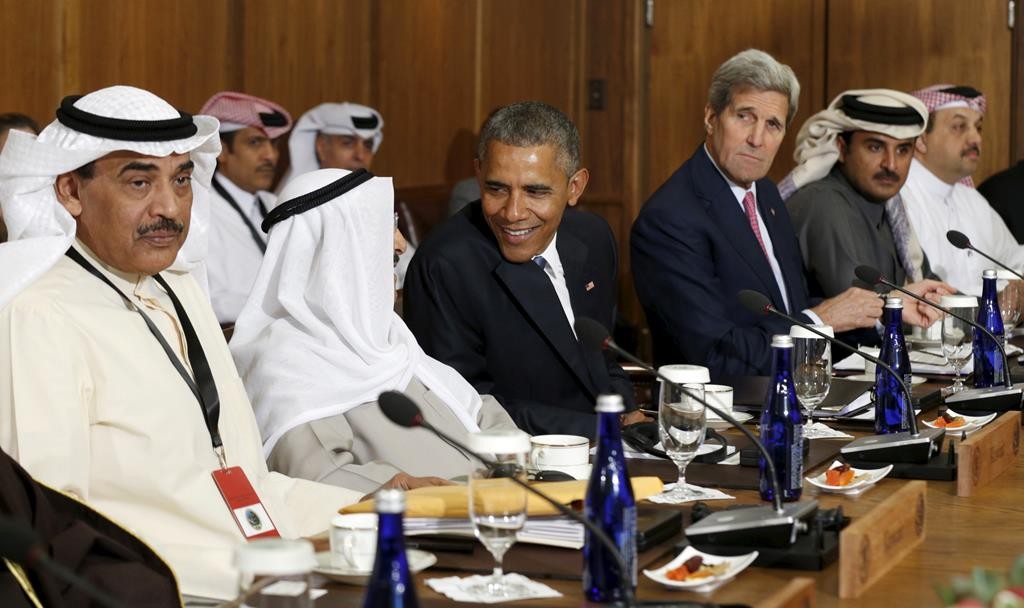 President Barack Obama reassured anxious Persian Gulf nations on Thursday that the United States is committed to helping protect their security, including the potential use of military force, in a time of “extraordinary changes and some great challenges.”

He offered assurances that an international nuclear agreement with Iran would not leave the nations of the Gulf Cooperation Council more vulnerable.

“I was very explicit … that the United States will stand by our GCC partners against external attack,” Obama pledged at the conclusion of a summit with leaders of the six-nation council.

He expressed his hope that their cooperation would help achieve “the kind of peace and good neighborliness with Iran that I think so many of the countries here seek.”

Obama and the Arab leaders met in a rare summit at Camp David, the presidential retreat in Maryland’s Catoctin mountains.

The leaders issued a joint statement saying that in the event of aggression, the U.S. stood ready to work with the Arab nations “to determine urgently what action may be appropriate, using the means at our collective disposal, including the potential use of military force, for the defense of our GCC partners.”

Obama’s negotiations to curb Iran’s nuclear program in exchange for sanctions relief has strained relations with many of America’s traditional partners in the region. Gulf states fear that if Iran gets an influx of money when sanctions are lifted, it will embolden what they see as Tehran’s aggression in the region.

As the leaders gathered, an Iranian naval patrol boat fired on a Singapore-flagged commercial ship in the Persian Gulf. A U.S. official said it was an apparent attempt to disable the ship over a financial dispute involving damage to an Iranian oil platform. The White House said no Americans were involved in the incident.

As the leaders gathered around a large table in the Laurel lodge, the most notable absence was Saudi King Salman. On Sunday, Saudi Arabia announced that the king was skipping the summit, two days after the White House said he was coming.