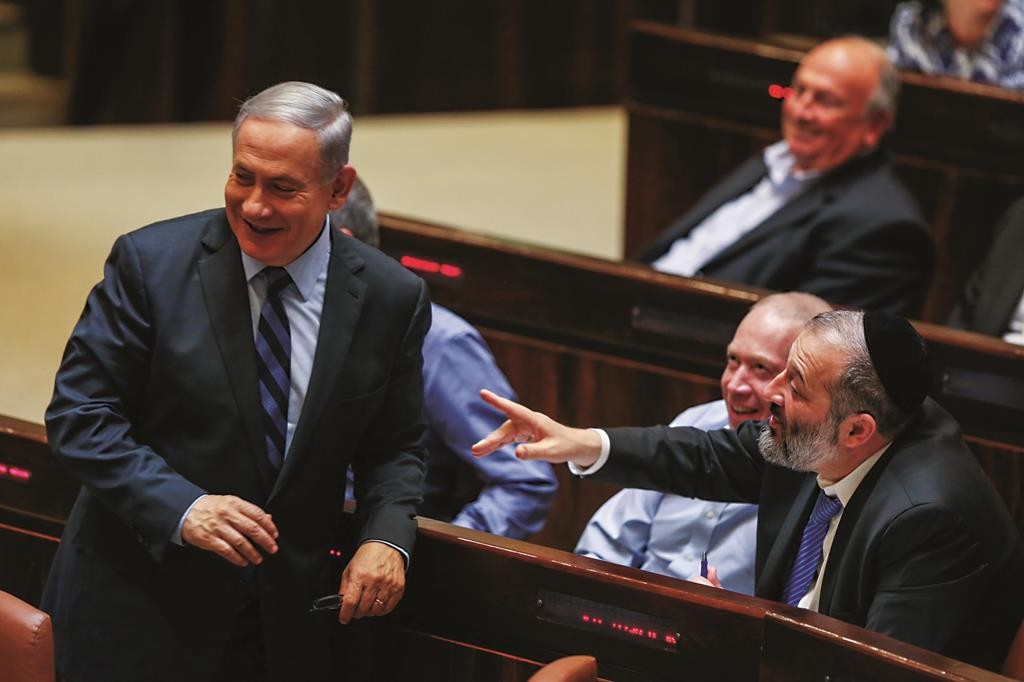 Israeli Prime Minister Binyamin Netanyahu demonstrated on Wednesday that all he needs is 61 out of 120 Knesset seats to pursue his new government’s agenda.

In a 61-59 vote, the coalition one-upped the opposition, after waiting for a filibuster attempt to peter out, and passed a bill to allow expansion of the cabinet to more than 18 ministers.

Brushing aside accusations that Netanyahu had “bought” a government with millions of shekels of taxpayer money for ministerial jobs, coalition chairman Zeev Elkin declared that, on the contrary, it marks the end of an unrealistic law.

“The formation of the current government has proven that the coalition system in Israel makes it impossible to endure a limit of 18 ministers,” Elkin told the Knesset. “Such a limit harms the stability and flexibility required for governing,” he said.

Following passage of the bill, Netanyahu was expected to begin making his final choices for cabinet and Knesset positions.

The new government is set to be sworn in on Thursday.

Meanwhile, the opposition parties continued to try to drag the judiciary into the battle for power in the Knesset.

Meretz petitioned the High Court for a restraining order on the swearing-in. The party’s attorneys told the court that two sections of the Likud’s coalition agreement with Jewish Home are illegal.

At issue was a coalition deal to transfer the Settlement Division from the Prime Minister’s Office to the Agriculture Ministry, which will be headed by Uri Ariel of Jewish Home. The agreement calls for a budgetary supplement of 50 million shekels, and for the creation of a committee of directors-general from different ministries to create a working operational model for the division.

Meretz argued that such provisions contravene a legal opinion of Attorney General Yehuda Weinstein issued in February, which determined that supplemental monies outside the budgetary framework would be illegal.