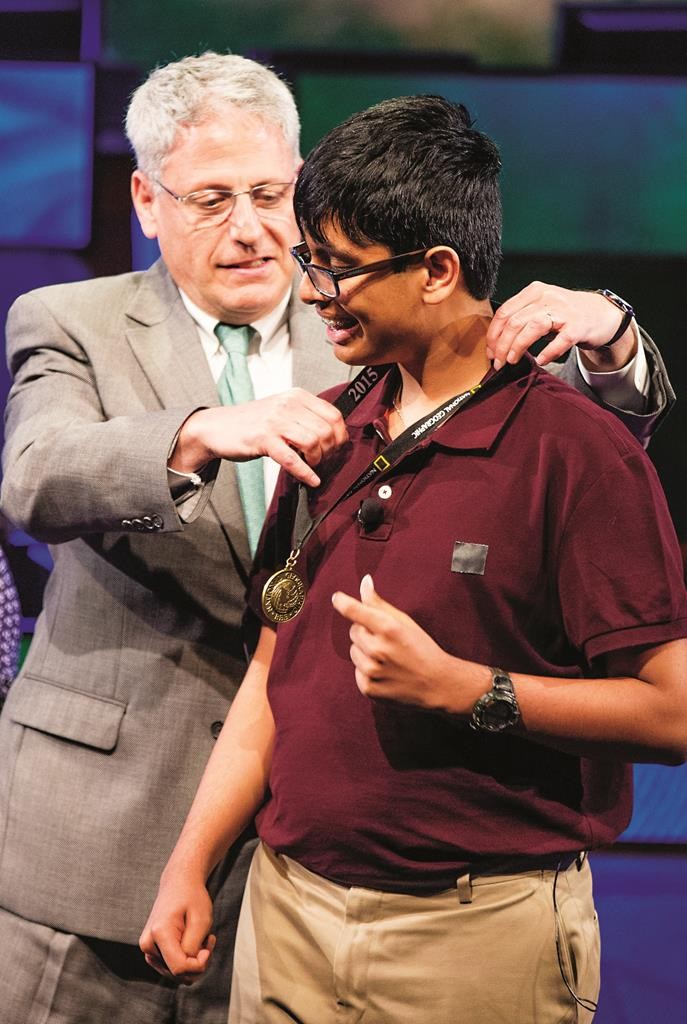 Karan Menon knew his answer was right but wasn’t sure how to argue his case. Contestants in the National Geographic Bee aren’t instructed on challenging what they’re told is a wrong answer. He raised his hand and hoped host Soledad O’Brien would notice.

O’Brien called on him. Karan — a 14-year-old eighth-grader from Edison, N.J. — explained that his answer was correct. The question: “The Mesabi Range contains a large deposit of what metal-bearing mineral?”

The answer O’Brien was looking for was “iron ore.” Karan said “taconite,” which is a form of iron ore. After conferring for about five minutes, the judges gave him credit.

That point was just enough for Karan to avoid elimination and make the top three. He cruised from there, getting every question right to become the 27th National Geographic Bee champion on Wednesday.

“I knew this question,” he said. “I was 100 percent sure. I didn’t know why I had been marked wrong, so I decided to speak up for myself and challenge the question.”

Karan had studied for eight hours a day after winning the New Jersey state bee. He comes away with a $50,000 college scholarship, a lifetime National Geographic Society membership and a trip to the Galapagos Islands.

Indian-American children have dominated both the National Geographic Bee and the Scripps National Spelling Bee in recent years. Karan and the runner-up are both of Indian descent, and there was a laugh among parents and contestants when they got a question about a new state in India that was formed last year.