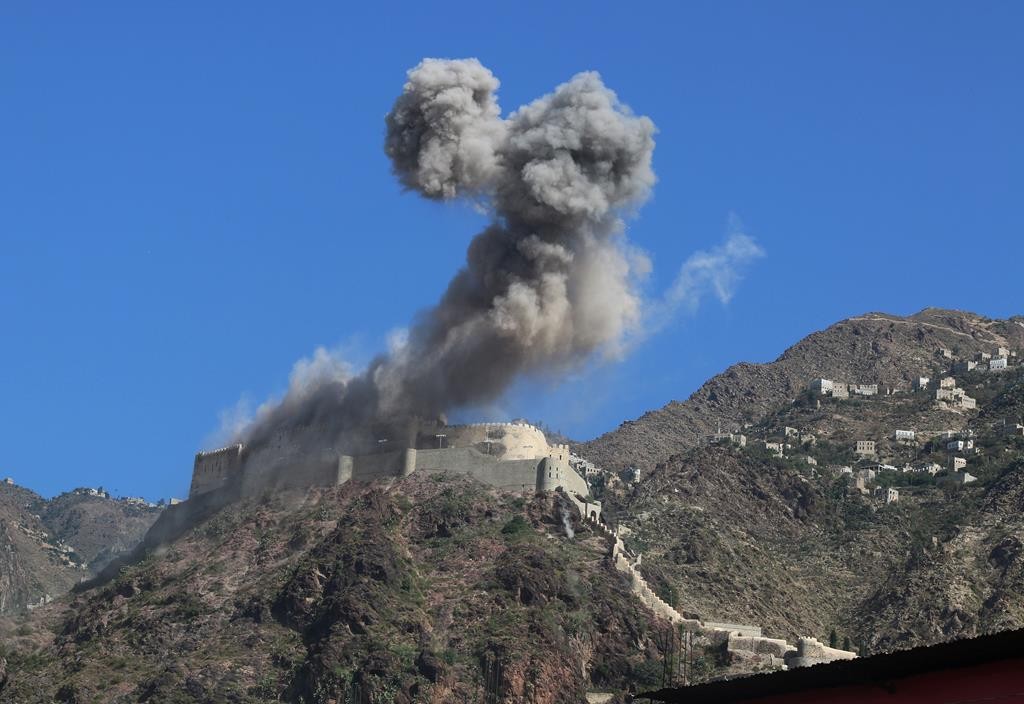 The halt to the fighting, which has killed hundreds of civilians, will test the adversaries’ desire to enter into peace talks. Both sides say they are ready to respond with violence if their opponent breaks the cease-fire.

Meanwhile, Iran said it was sending warships to protect an Iranian aid ship steaming toward a Yemeni port held by the rebel fighters, the Iranian state news agency said. The navy escort was denounced by the Pentagon as unnecessary, and raised the possibility of a confrontation near the strategic Bab el-Mandab strait in the Gulf of Aden.

The Saudi-led strikes in Yemen came to a halt shortly before the new U.N. envoy, Ismail Ould Cheikh Ahmed, flew into the capital, Sanaa, on his first official visit to the country. He told reporters he planned to meet with the warring parties, including the rebels known as Houthis, and ensure that the cease-fire holds.

“We will discuss the humanitarian truce and the Yemeni parties’ return to the negotiating table,” he said. The cease-fire is meant to help ease the suffering of civilians in Yemen, the Arab world’s poorest country.

Security officials said airstrikes overnight, at dawn and during the morning hours hit weapons depots and other military facilities north and south of Sanaa, a sprawling city of 4 million people. The military air base that is part of the capital’s international airport also was targeted.

Ten strikes hit Sanaa from dawn until about noon Tuesday, said the officials, speaking on condition of anonymity because they were not authorized to talk to journalists.

Fierce fighting between the rebels and forces loyal to exiled President Abed Rabbo Mansour Hadi also raged in the strategic city of Taiz, southwest of the capital. The rebels and their allies shelled residential areas, with one shell hitting a bus, killing nine people and wounding 40, officials said. A coalition airstrike targeted the city’s al-Qahira castle, where the shelling came from, they said.

The Saudis and their allies are seeking the restoration of Hadi, who fled the country in March.

Meanwhile, a suspected U.S. drone strike hit a car, killing three al-Qaida fighters near Shabwa province, an area where the terrorist group had been sending reinforcements. Witnesses and tribal elders said the vehicle burned and set off secondary explosions from ordnance it had been carrying. They spoke on condition of anonymity out of fear for their safety.

The conflict has killed more than 1,400 people — many of them civilians — since March 19, according to the U.N. The country of 25 million people has endured shortages of food, water, medicine and electricity as a result of a Saudi-led naval, air and land blockade.