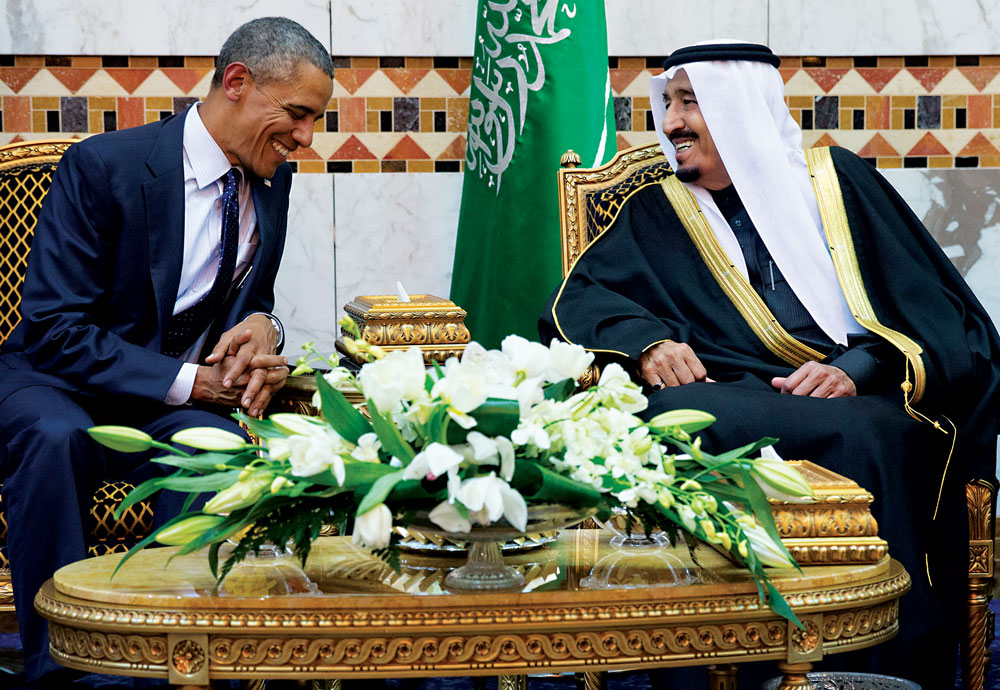 President Barack Obama’s efforts to reassure anxious Persian Gulf nations about his overtures to Iran are at risk of unraveling even before a rare Camp David summit begins this week.

Just two other heads of state will join Obama for Thursday’s meetings at the presidential retreat in the Maryland mountains. The rulers of Saudi Arabia, the United Arab Emirates, Bahrain and Oman are skipping the summit and instead sending lower-ranking, yet highly influential representatives.

The absence of Saudi Arabia’s newly crowned King Salman has sparked questions about summit’s effectiveness. The Saudis are bitter rivals with Iran and among the most outspoken critics of Obama’s nuclear detente with Tehran.

Adding to the diplomatic intrigue: Saudi Arabia’s announcement Sunday that Salman would not travel to the U.S. came just two days after White House officials said Obama and the king would hold one-on-one talks in Washington ahead of the Camp David meeting.

“The open hand has been turned away,” Jon Alterman, senior vice president at the Center for Strategic and International Studies, said of the Saudi decision.

While the White House and Saudi officials deny Salman is snubbing the U.S., the absence of the king and other heads of state does cast a shadow over Obama’s summit. For a president who rarely invites world leaders to Camp David and chafes at the choreographed diplomacy of global summits, his invitation to the Gulf leaders was an unusually personal overture and underscored the importance he places on alleviating potential obstacles to an Iran nuclear deal.

The White House insisted there would still be substantive discussions about Obama’s pursuit of a nuclear accord, as well as Tehran’s meddling in the Middle East, which is perhaps an even greater concern to the Gulf.

“The countries who are participating in the meeting have obviously made decisions about who they believe is best-positioned to represent their countries at the meeting,” White House spokesman Josh Earnest said. “We agree that the right people will be attending, and are confident that we will have the right people around the table for discussing and acting on these priorities.”

Saudi Foreign Minister Adel al-Jubeir called suggestions of a snub “really off base.” He said the king decided to stay in Saudi Arabia to oversee a ceasefire agreement in Yemen, where his country is engaged militarily.

Washington’s traditional partners in the Gulf are deeply suspicious of Obama’s legacy-building bid to strike a nuclear accord with Iran, a country they see as a destabilizing actor in the region. The U.S., which is negotiating the nuclear deal alongside five other nations, says the Gulf countries would be better off with an agreement that blocks Iran’s path to a bomb.