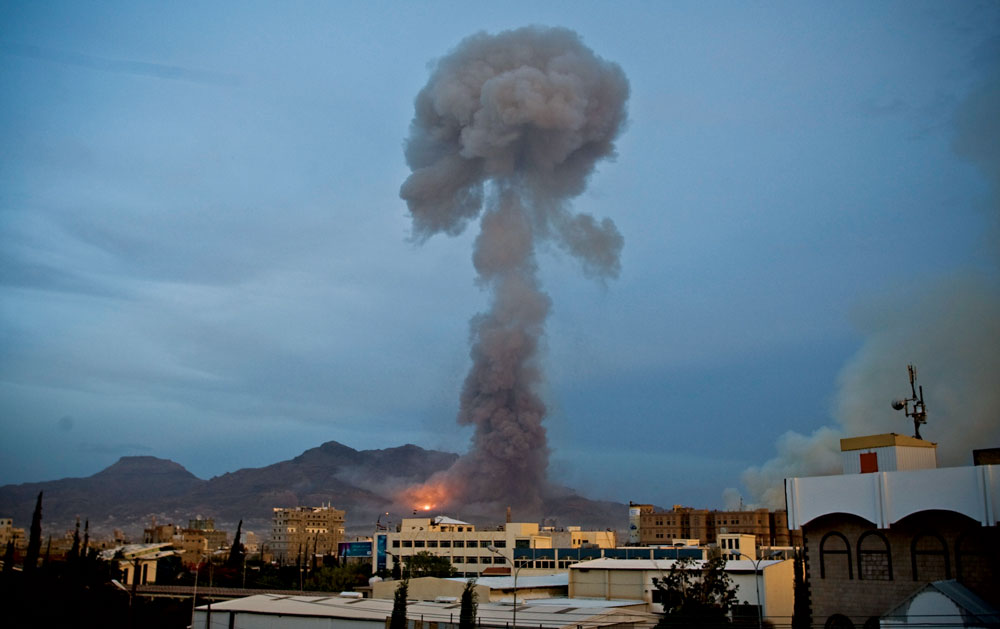 Shiite rebels in Yemen claimed Monday to have shot down a Moroccan F-16 fighter jet taking part in a Saudi-led coalition targeting them and their allies, just a day before a five-day humanitarian cease-fire was set to begin and as coalition airstrikes intensified in Yemen’s capital, Sanaa.

Morocco’s military, however, would only say that the jet had gone missing early Sunday evening, but a Moroccan online news site with close ties to the kingdom’s royal palace and security and intelligence services said the downed aircraft was one of two that flew out of a base in the United Arab Emirates on Sunday on a reconnaissance mission over the Yemeni side of the border with Saudi Arabia.

“The Moroccan fighter jets maneuvered, gained altitude, attempted to escape the danger, but it was too late. One of the craft was hit and went into a spin,” said Le360.

The purported downing of the jet fighter came as a Saudi-owned news channel, al-Hadath, aired live footage of tanks and armored personnel carriers loaded onto giant trucks, saying they were part of a “strike force” deploying to the kingdom’s border with Yemen. There have been no signs to suggest that a ground offensive was imminent, although the coalition has not ruled one out.

Yemeni security officials, meanwhile, said Sanaa came under heavy air bombardment on Monday afternoon, with the primary target being weapons and ammunition depots on Noqom mountain on the city’s northeastern outskirts. The bombing unleashed a series of explosions, with shells flying out and hitting residential areas and starting fires. There was no immediate word on civilian casualties.