Business J.C. Penney Has Designs on $2B Turnaround From Ill-Fitting Makeover
Business 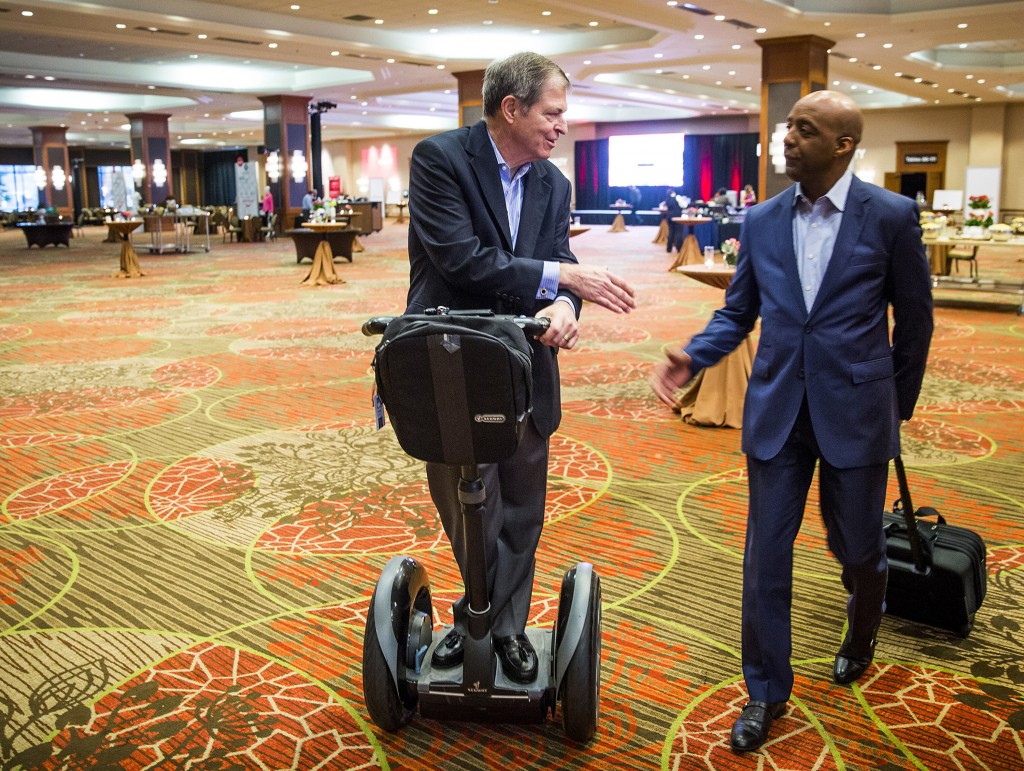 J.C. Penney is starting this pivotal year on an emotional high note. For the first time in five years, 1,000 store managers from across the nation were called to Dallas to collect some healing, recognition and inspiration for the tough times ahead.

The company expects to report a first-quarter loss Wednesday, but that’s not a surprise. It has already told Wall Street that it will take three years to regain its footing.

The managers heard about Penney’s plans from a CEO who understands the company as well as anyone, Mike Ullman, and a CEO designee, Marvin Ellison, who has been listening to the staff.

Ellison, 50, joined Penney on Nov. 1 from Home Depot, as president. He will succeed the 68-year-old Ullman Aug. 1, and Ullman will stay on as executive chairman for one year.

Store staffers meeting Ellison often ask about his strategy. His answer is meant to loosen things up.

“My strategy is to last longer” in the job than a recent former CEO did, Ellison told the managers at the town hall meeting in March. That got a huge round of applause.

And this got him a standing ovation:

“I just left a great job. If I didn’t think we will succeed, I wouldn’t be here. The fact that you persevered during these tough times gives me confidence.”

One of Ellison’s first moves was to give store leaders a new title of general manager to reflect a change in how online sales are booked. Each store now gets credit for the online sales in surrounding ZIP codes, which helps inspire the managers to take ownership of online sales while helping customers, he said.

Ellison has the ability to rally the troops, something Penney will need.

Penney is expected to narrow its first-quarter loss to 76 cents a share from a loss of $1.16 a share a year ago. Analysts surveyed by Thomson Reuters also forecast a 2.2 percent sales increase.

“J.C. Penney is a very complex company, and nobody knows this company better than Mike Ullman,” said Maxim Group analyst Rick Snyder, who was one of the earliest critics on Wall Street of former CEO Ron Johnson’s plans to radically change Penney’s merchandise and pricing without testing them.

“The fact that Mike’s going to be around is a positive,” Snyder said. “Penney employees need to feel like they can speak up and be heard, and it sounds like that’s Ellison’s approach.”

In a recent interview, Ellison said he wasn’t afraid to join Penney because he could see that its self-inflicted wounds were healing.

In the mid-2000s, Ellison was in the middle of a rocky era at Home Depot. He was a division president when then-CEO Robert Nardelli gutted the Home Depot store sales staff, firing the knowledgeable people who helped customers.

“That life experience gave me the confidence to come here,” Ellison said. “I’m trying to understand the culture and customer. In retail, understanding of those two things is essential.”

Ellison told the group that the “luxury of his transition” to CEO is that he can spend time “listening to people about what we need to do.”

There will be change, Ellison said, but not for the sake of change.

“We’ve all been taught that we have to embrace change,” he said. “The only time I’ve seen someone really like a change is a wet baby.”

One big mistake of the attempted Penney transformation by the Johnson regime was “to put round pegs into Penney’s square holes. They didn’t fit, but they kept pushing.”

“For Penney, this year is another big fight for market share and ultimately for survival,” Snyder said.

This week, Penney said Joe Fresh will be phased out by the end of this year. It was one of the apparel brands added to Penney stores in March 2012.

Sephora shops, which generate three and four times the sales of the rest of the store, are being added to more stores. New lines have been added to the home department, and a small catalog was resurrected.

Penney needs a healthy U.S. economy to reach some lofty targets set through 2017. That’s the year when Wall Street takes out its measuring stick, Snyder said.

Schulz said Penney’s odds of reaching $1 billion in earnings before taxes, depreciation and other items this year are about 33 percent.

When it reaches that goal, Penney will be able to service its debt and pay for its expenses, Schulz said. But it has some time to get there. Penney is on the record with Wall Street saying it can reach the goal in 2017 while increasing sales to $14.5 billion from $12.26 billion in 2014.

Last year, Penney kicked its debt obligations down the road by refinancing notes that would have been due this year. Its long-term debt is $5.3 billion, and the company carries an expensive annual interest payment of more than $400 million.

“We know how to make this company profitable again,” Ullman said to the store managers. “I’m counting on you because I’m leaving.”

Ellison told the managers gathered at a Sheraton ballroom in downtown Dallas: “Without your leadership, this company wouldn’t be here. You can check the box for, ‘I lead in tough times.’ ”