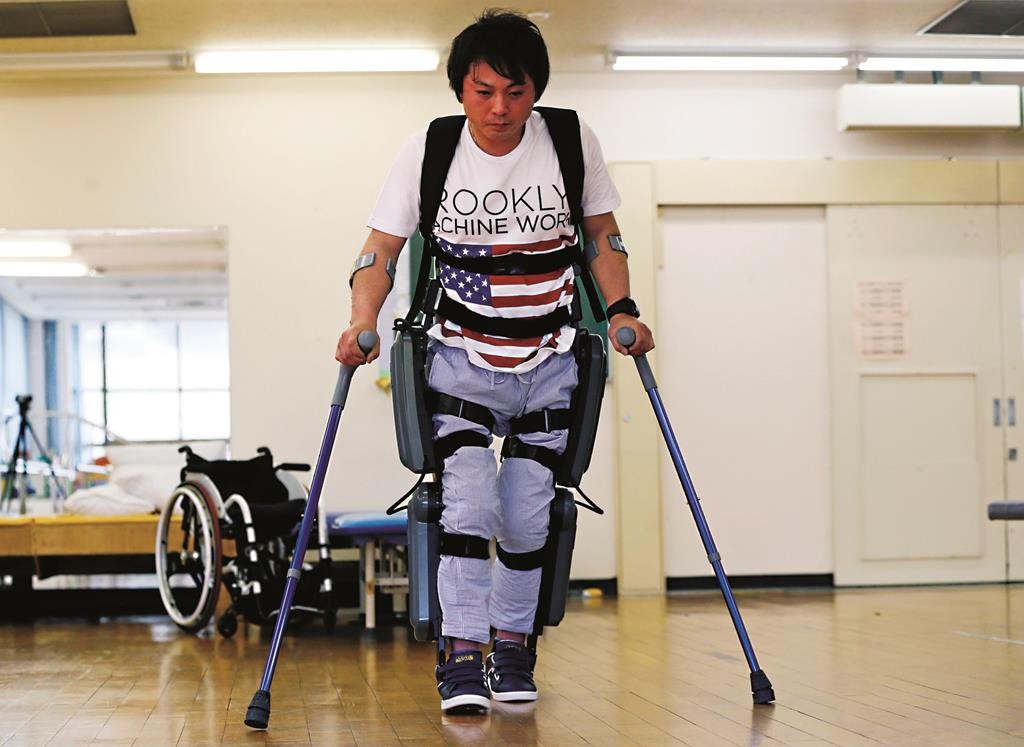 An Israeli invention for helping the paralyzed to walk which is already in use in Europe and approved in the U.S. is facing bureaucratic hurdles in Japan.

ReWalk, the inspiration of Israeli entrepreneur Amit Goffer, who was paralyzed in a 1997 accident, clasps on to the legs and waist, and is designed to create natural walking movements, including standing, sitting and turning through upper-body motion sensors and special software. Medical experts say its use helps keep organs and bones healthy and also enhances mental well-being.

The product was one of the Israeli technologies highlighted with much fanfare as a symbol of flourishing commercial ties when Japanese Prime Minister Shinzo Abe met Israeli Prime Minister Binyamin Netanyahu during Abe’s visit to the Middle East earlier this year.

But in Japan, its use is still limited to a rehabilitation center in Atsugi city, southwest of Tokyo, where ReWalk is available to a handful of Japanese paraplegics, skirting regulations, in the name of research.

“It’s a wonderful tool for people who sincerely want the joy of standing up,” said Moriyasu Marutani of Kanagawa Rehabilitation Center, who works with Imahata to use ReWalk.

“Safety is the biggest concern for winning its approval for medical use, as well as presenting data that work as scientific evidence of its health impact,” he said. “Approval tends to take many years here, and so the hurdle is pretty high.”

Japanese robotics maker Yaskawa Electric Co. has been distributing ReWalk in Asia under a deal signed last year with ReWalk Robotics, based in the northern Israeli city of Yokneam.

The effort is going far more smoothly in places such as China than Japan, said Yaskawa spokesman Ayumi Hayashida.

Hayashida believes ReWalk is being met by bureaucratic stonewalling that is typical of the frustrations Japanese businesses face in doing something new.

“We boast the No. 1 skill in robotics, but how we can actually use the skills is where we are behind the rest of the world,” he said.

Under the Japanese system, there is a lengthy preliminary vetting process before a formal drug or medical device proposal can be filed. The Pharmaceuticals and Medical Devices Agency works with the health ministry to carry out consultations and nonclinical and clinical tests. Only after that can an application be submitted to be followed by a regulatory review and more testing.

Hiroshi Yaginuma, a health ministry official overseeing the approval of medical devices, said ReWalk was not yet being considered for approval, and it was unclear whether it would meet the criteria for a treatment device. It is assessing the Hybrid Assisted Limb, or HAL, developed by Japan’s Cyberdyne, in which a wearer’s ability to walk is supported though it is not suitable for paraplegics.